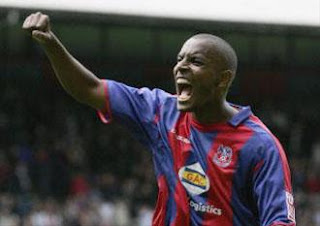 Palace ran out very comfortable winners beating Luton Town 2-1 at Selhurst Park. Clinton Morrison's double ensured Palace finally got one over our bogey team. Clinton netted his first on the stroke of half-time with a neat turn and finish. Palace started the second half on top, but where pegged back against the run of play when Mark Hudson scored an own goal as he deflected Lewis Emanuel's free-kick past the Palace keeper Kiraly. But the turning point of the game was when Richard Langley saw red minutes later, leaving his side to fight for a point with 10 men. The Hatters' resistance did not last long as Morrison scored his second with a superbly taken volley. The Eagles played some fine stuff after that, with Dave Martin showing some promise on the Palace left. They were unable to add to their total as the game fizzled out with Palace in control. Text nicked from EagleEye Live, edited by Moi!

Next fixture: Sat 3rd March away to Burnley