Palace nicked an amazing last minute victory against West Brom last night. It looked as if it was heading for a draw, but out of the blue, Lewis Grabban struck to seal the win. As the Baggies were pushi 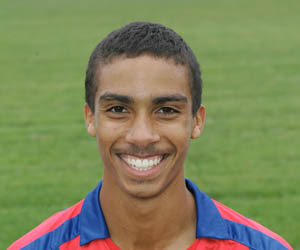 ng forward, Grabban was set free on the right and after delaying his shot, he scuffed an effort which was blocked by Kiely, only for the youngster to follow up with the clincher. In an entertaining game, West Brom took the lead through a Neil Clement free-kick, before Clinton Morrison bagged an equaliser. Ben Watson stroked home a penalty just before half-time when Michael Hughes was brought down in the box by Martin Albrechtsen, who saw red after just coming on as a substitute minutes earlier. Kevin Phillips brought West Brom back level again, as the hosts looked to grab a winner. But as both sides looked to get a share of the spoils, up popped Grabban for a famous winner. That's what you call a 'Smash & Grabban!' Text nicked from EagleEye Live, edited by me.

Next fixture: Sat 17th March away to Plymouth.