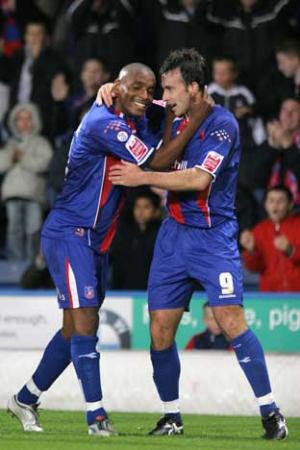 The Croydon Guardian is running a Decade Review of Palace and their goings on. Some of it is quite amusing some of it quite depressing, but that's part and parcel of life as a Palace fan.

The highs include Shipperley's goal against West Ham in the play-off final securing promotion to the Premiership. Our Five-nil drubbing of Brighton at Selhurst. Being rescued from administration by Simon Jordan (you know when you've been tangoed!) and most definitely signing AJ (Andy Johnson) from Birmingham as part of the deal selling Clinton Morrison to them. They must have regretted every second of selling AJ!

The lows include our immediate relegation from the Premiership the following season, being sent down by a goal from Charlton Pathetic. However the lowest point by far was spending two long and miserable years in administration contemplating life with non-league status. Fraught times indeed!

Oh the joys of following the Palace!

For something completely different, take a gander at this: World Class Soccer You have to love the American hyperbole! Do they really know who Palace are?