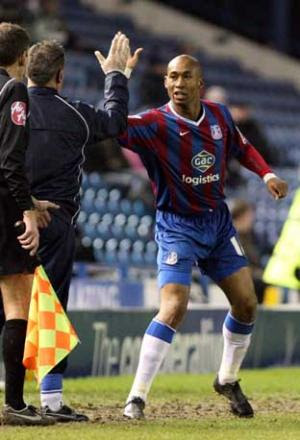 Palace won their 3rd Round FA Cup tie against Sheffield Wednesday on Saturday 2-1 and hold the accolade of having scored all three goals! The first two were the direct consequence of comical defending, firstly on Wednesday's part then Palace's as Wednesday had a rare attack on goal.

Not a great game and towards the end Wednesday looked like they might equalise which would have been horrific as no-one would want to watch such an appallingly bad game a second time.

To add to the comedy and the appalling lack of quality there were a measly 8690 fans in attendance. Wednesday really have got some serious problems if that's all they can muster for an FA tie.

The draw for the 4th Round has just been made and Palace are away to Premiership side Wolverhampton Wanderers on the weekend of the 23rd-24th January.

Meanwhile, Victor Moses is being touted as a £5m player by his agent with Man City sniffing around. Personally I think it would be daylight robbery if we sold him for less than double that! Oh the joys of being a cash strapped club.