Here are a few photos from our 'flying' trip to Bloemfontein. We had a good trip despite the disappointment of not returning home with the baby. The good news is that we will definitely get the baby as soon as s/he is born and we'll keep you informed of happenings.

More photos can be seen on our Photoblog

Just arrived in Bloemfontein. The weather was really hot with cloudless skies, beautiful! 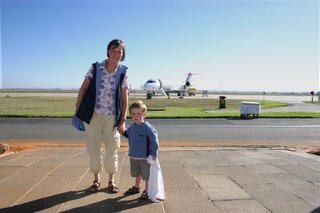 Paula 'writing' an SMS, our cellphones rang and buzzed continually throughout the two days as so many friends were praying and asking for news. Thank you to all of you who were (and are) praying, we felt like prayer carried us through a very emotional and draining time. Joel was definitely getting a bit fed up with the amount of time we spent on our cells. 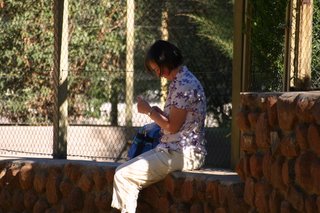 Joel in Bloem zoo, this was the highlight for him as we spent Tue afternoon and Wed morning in there. The monkeys and big cats were the favourites although the "ellyflop" came close! 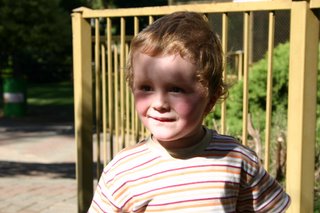 Biltong Boy. Joel has developed a taste for biltong, if you don't know, this is a gross strip of dried meat which South African's like to chew on. Apparently it's good for teething babies which is just as well as it really doesn't seem to be good for much else. 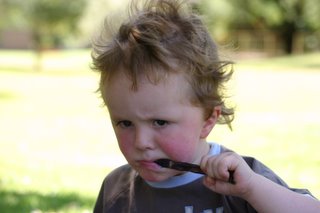 On the way home. We were blessed in both direction by having 4 seats to ourselves, this meant Joel could spread out and play without annoying anyone (too much). 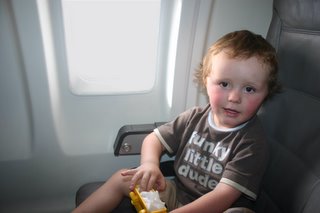