A Day On The Beach

On Friday the wind dropped significantly and we managed to enjoy one more day at the beach before Dean goes back to work on Monday. As you can see we had great fun, especially Joel playing 'Catch you' in the sea and then burying his legs in the sand. As ever, Eli happily snoozed his way through the whole adventure despite Joel's efforts to wake him up.

Joel attempting to wake Eli up. Joel doesn't really understand why Eli is so boring at the moment, however we know that will change all too quickly. 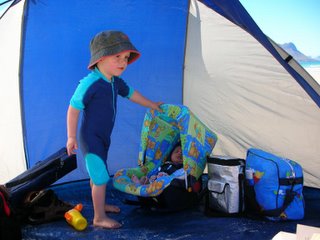 Dad & Joel having a 'squash & a squeeze', if you're a fan of Julia Donaldson you'd understand! Joel loves her books and likes to act out his own interpretations of her stories. 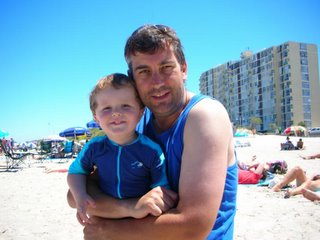 Joel buried up to his knees in the sand. 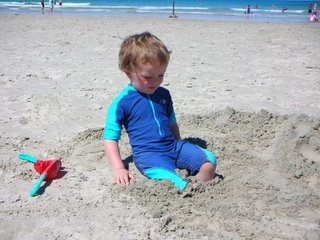 Joel & Paula with our beach tent, if you look carefully you can see Joel's kite flying. 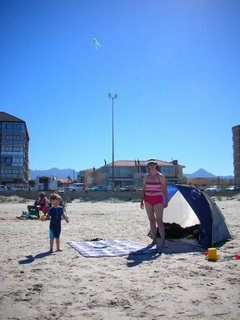 Joel with a hermit crab, sadly he likes to torture them without realising he is being mean to them. 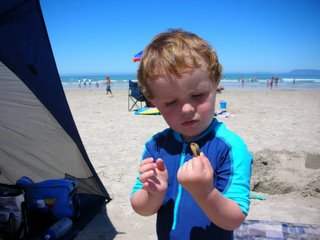