There has been a real baby boom in Chris Nissen in the last few weeks. Sadly, this boom is amongst the teenagers with several having given birth, several about to give birth and several more due in the next nine months. There seems to be a lot of negative peer pressure amongst the teenagers to have sex which inevitably leads to pregnancies. The other massive negative in this is that they are having unprotected sex despite the very real dangers of contracting HIV. One of the most remarkable aspects of this is that the younger generation in South Africa are the best educated in terms of HIV & AIDS, they know all about transmission and prevention but still throw caution to the wind.

Another serious issue amongst the pregnant mothers in CNP is that of Fetal alcohol syndrome, at least one baby has been born with this so far and it is likely that one or two more will be born with the same condition. 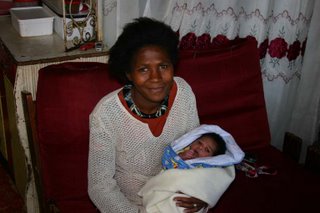 Jerome & baby Keesha, Jerome appears to be taking his responsibilities seriously and his family are being very supportive especially of mum. 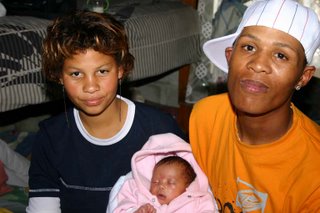 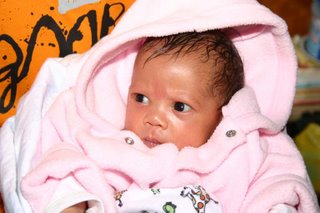