Having just had our worst ever weekend in terms of behaviour and boundary pushing, things seem to have settled down again and life is a lot of fun once again. Joel lost the battles and after refusing to eat (and generally behave) he's rediscovered his appetite! Thankfully, Joel & Eli generally play very well, especially when they're in Joel's bedroom. Both boys adore books and Eli quite often slopes off there to rummage through Joel's collection.

Eli flicking through "That's not my tractor" 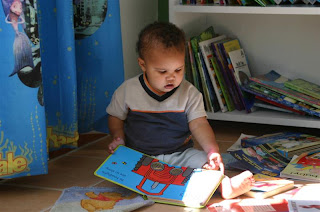 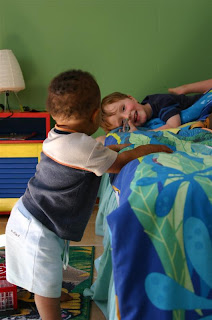 Back to the books... 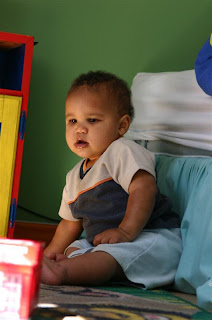 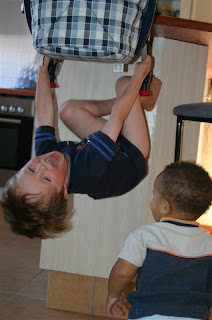 Joel's latest trick, he finds a pot in a cupboard and traps beetles etc. to play with later, nice! 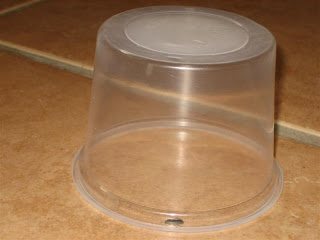 The Helderberg at sunset as seen from our bedroom window 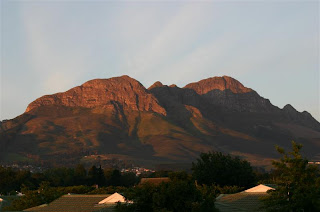