We decided to have a fun family day out on Wednesday before Joel starts nursery on Thursday, so we went to Pringle Bay just around the coast from where we are. The beach is beautiful and deserted and affords great views over the Cape Peninsula and Table Mountain. We had so much fun, Eli loves to eat the sand whilst Joel wants to explore the rock pools. This time he discovered a lobster which was being eaten by the crabs. Joel was delighted to find that the lobster had been decapitated so put it in his net an took it to show Mummy (Eli tried to eat it!). We had a real treat just after lunchtime when a group of dolphins came close to the beach. they hung around for a few minutes and then disappeared. Joel couldn't believe his luck!

In the early afternoon we decided to drive on a few K's to the next bay to see the penguins at Stony Point. Joel always enjoys seeing the penguins and Eli is getting into them too.

On our way home Joel was preparing a little speech for his new teacher (Mrs Walsh) about the dolphins, penguins and pizza which he had for tea.

Eli playing on the beach 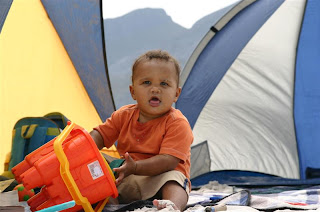 Looking cute as ever 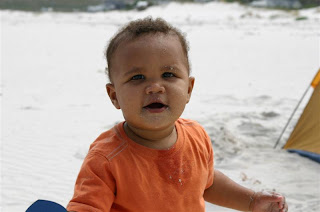 Joel found a lobster head on the beach.. 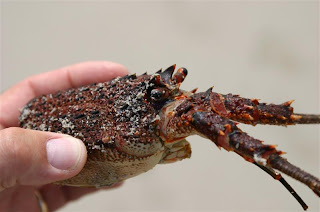 and was proud to carry it to show mummy 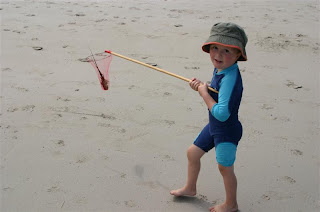 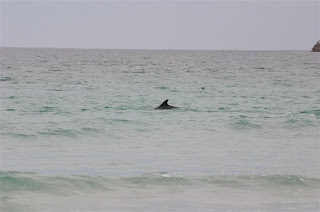 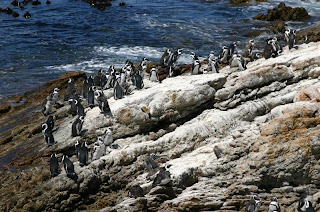 Wow, what a backdrop! The stuff floating on the water is Kelp forest 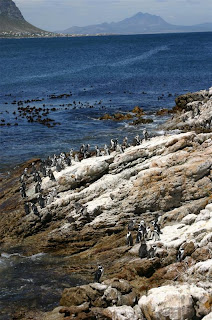 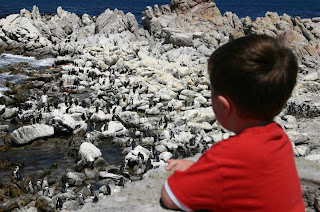 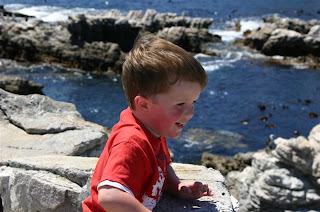 'Thank You' on behalf of the penguins 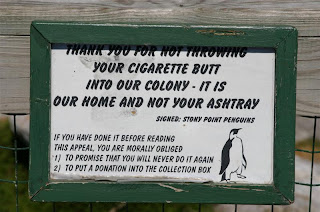 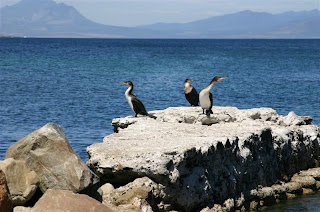 There are four species of Cormorant at Stony Point as well as several types of Gull all living with the penguins. We also saw the African Black Oystercatcher which is a severely threatened species, thankfully, it seems to be thriving at Stony Point.