Wow, where did those brief years go? Joel's been very excited about his birthday and has been asking for a bike for a while. We had thought to get him a trampoline but when asked he said he wanted a bike and has been asking ever since. So, having sought some professional advice we got said bike and he was delighted. We had a slight panic on Saturday when he told someone that he was getting a blue bike, but the colour issue seems to be irrelevant now, phew!

Joel was up and about very early, obviously keen to make a start on his presents before school. 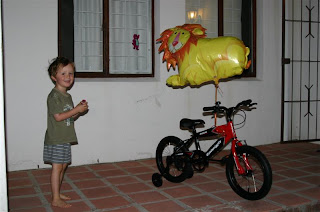 The birthday boy with his crown which was made at school. He was allowed to go in 'civvies' today, but chose his uniform, bet he doesn't do that next year 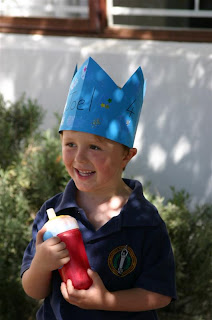 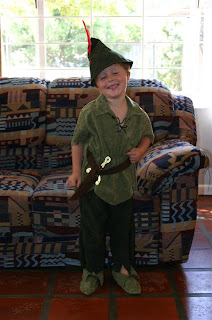 Grandad gave him a Superman costume which also excited Joel, look at those muscles! 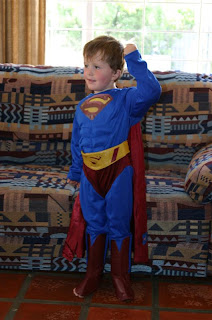 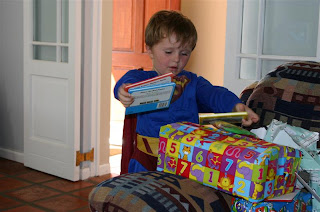 Joel & Daddy reading the 'missing' Julia Donaldson book, he now has them all 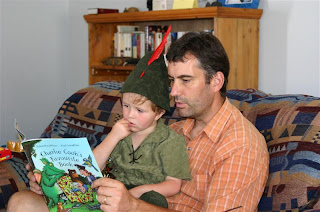 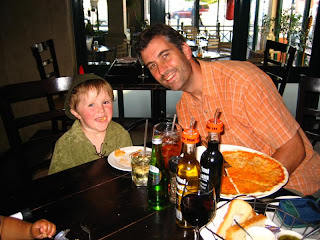 Below is a video of Joel riding his bike with Daddy, the reference to the wall being bad is about him having just ridden straight into it. I really didn't expect himto get the pedalling action so quickly thinking that I'd spend the weekend teaching him. How long before the stabilisers come off...


And so he's gone to bed exhausted but very happy.