Joel was the bright star of the morning today as he proudly presented his term's work to us with his fellow classmates. He was completely stage struck until it got to his turn to be the 4th monkey in the song (see photo). He then gave an oscar winning performance, dying as the crocodile ate him!! After the songs and a lovely power point presentation of photos from the term we were escorted back to the classroom to be shown his work in a special file. He really has come on so well and is coping so well with his sensory integration syndrome that was diagnosed earlier in the year. We are so proud of him! 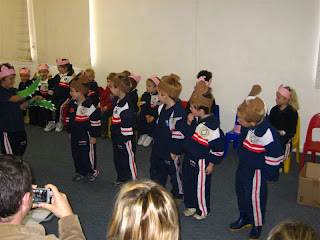 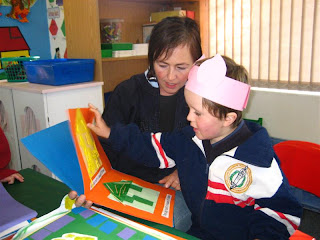 Joel on his favourite swing at school 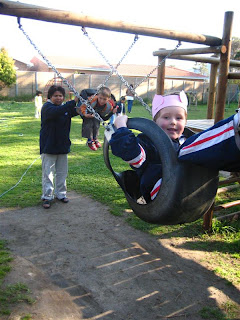