It's a while since we last posted here, but that's not to say life's been dull. Far from it! We've had Richard, Sal, Josh & Isaac for a couple of weeks, but they've now returned to Blighty. It was great to have them out here and brilliant for the boys to re-establish their adoration of Sal! Our boys got on great with josh & Isaac which was a real blessing and means that they'll have some friends when we're visiting family at home over Christmas.

Last weekend Dean spent Saturday afternoon and Sunday morning at our church camp as official photographer. The kids (10-13 years old) had a fantastic time with loads of testimonies of kids being saved and filled with the Holy Spirit. The theme of the Launchpad camp was NZULU which means to go deeper. Many of the kids and leaders truly experienced going deeper with God! At least a third of the kids were from Chris Nissen which is really encouraging. As a church we're having a big impact amongst the children in CNP.

We tried the boys in bunk-beds for a few nights but have chalked that up to experience and won't be rushing to do it again! Both boys slept really well but the mornings were disastrous. Joel is an early bird and Eli is a sleepy head, not a great combination for sharing.

Our work in Chris Nissen continues to be challenging. H.O.P.E. home based care is going well and the ladies are growing in confidence and winning a lot of respect within the community. Dean's bible study group has all but fallen apart, a long story, so the rest of the year he'll meet with whoever is around on Thursday afternoons in a social context before re-launching the group again next year. Paula's cell continues steadily.

Enjoy the pictures below: 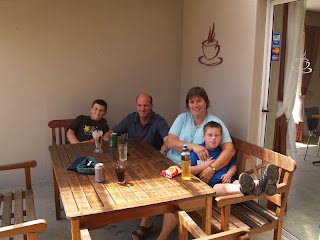 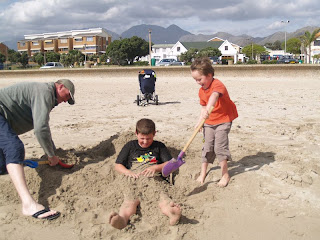 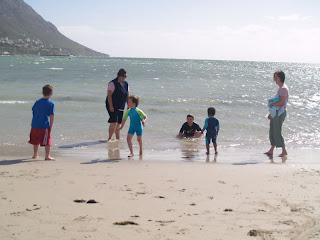 Having fun at the beach 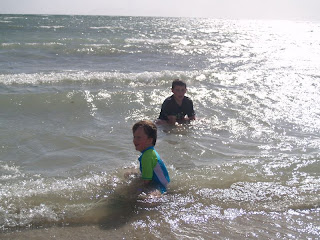 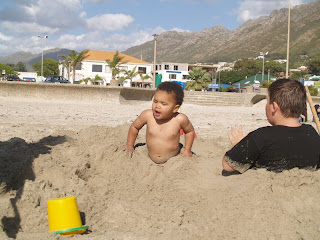 Eli up to his waist in trouble 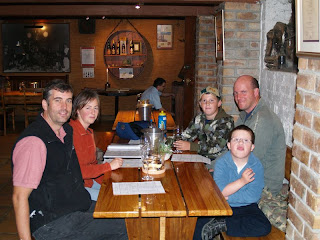 Sampling some of South Africa's delights, this time at Delheim 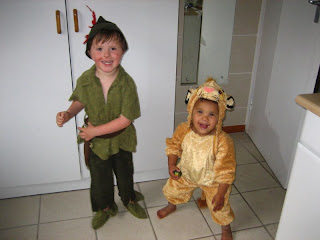 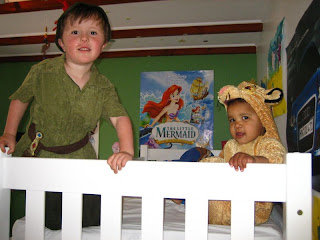 Joel got bunk beds so now he and Eli can share - oh no! 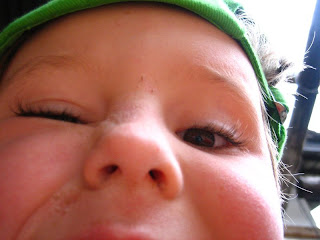 A self portrait by Joel 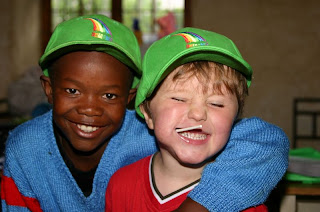