What a brilliant time we had in Boggam's Baai! The village is amazing as there are no commercial properties in the village which means no shops, coffee shops, ice cream vans etc, so the beach really was the focal point of the holiday. We did manage to find some shops in the nearby town of Mossel Bay so all was not lost. However, it was bliss not to have the usual assortment of seaside rubbish to deal with. The beach was stunning and empty! On one day there were about 100 people on the beach but given that it is a few kilometres long things were far from crowded (as you can see below).

We were forced to just relax and spend loads of time together as a family which is exactly what we wanted, time out to hide from the world and regroup before Christmas and a planned very busy start to 2008. 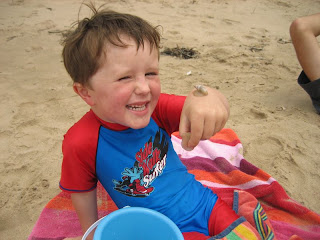 Joel was fascinated by the little hermit crabs he found 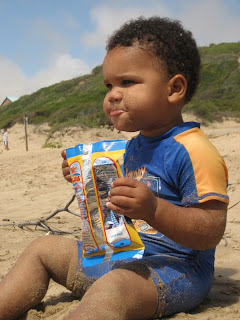 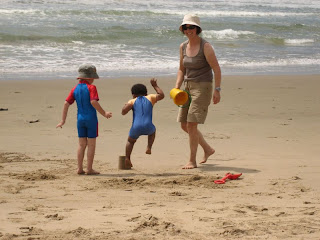 Eli hurrying to smash Mummy's sandcastle before Joel gets the chance. Look how slim Mummy is these days!! 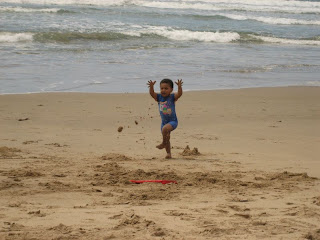 The boys really had a lot of fun on the beach! 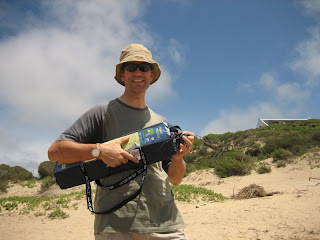 Two photos of Dad in one post, a bit like the buses, you wait for ages then two come along at once 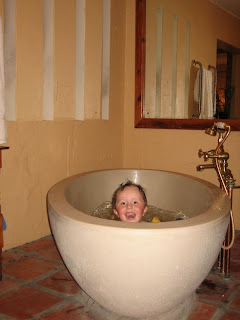 The bath in the cottage was quite something and much enjoyed 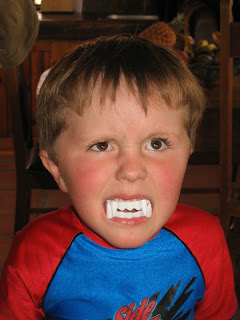 After much nagging Joel got his 'bat teeth' 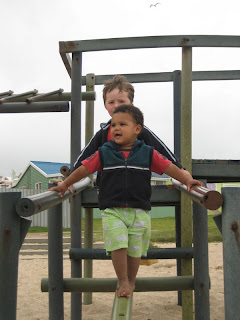 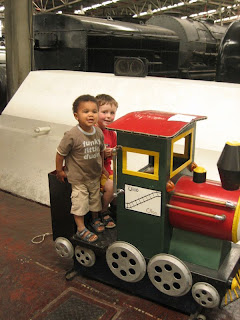 Fun at the Outeniqua Transport /Railway Museum in George 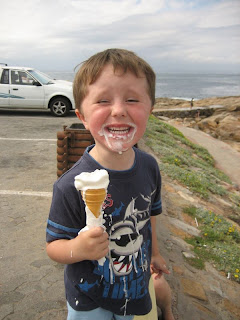 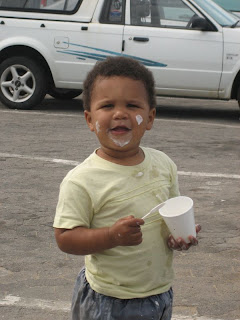 ..they also go to other places 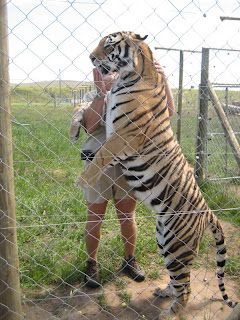 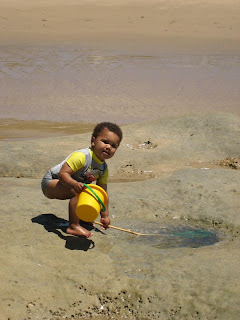 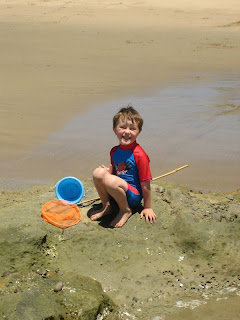 Very proud of himself