We've had a really fun weekend which started with breakfast in the Nature Reserve with some friends from church. We're getting to know Dawid & Petra as their Daughter Iza is the same age as Eli and the both go to the same nursery. They adore each other! It's great to build some new friendships, we've been a bit starved of good friends so hopefully the kids will be a good catalyst. Over breakfast we agreed to go camping next weekend in Wellington, so we had to sort out a tent and borrowing some stuff to make it all a bit more comfortable. Hopefully we'll do a bit better than my good mate Roger (see here).

Most of the rest of the weekend was spent playing in and around the tent in the garden. Joel was really upset that we couldn't sleep in it for the last two nights, but tomorrow we're planning to get the mattresses and sleep out, but we'll see!

Eli somehow managed to squeeze himself into a baby seat!?! 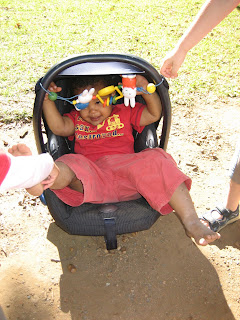 At least he thought it was funny once he'd struggled free 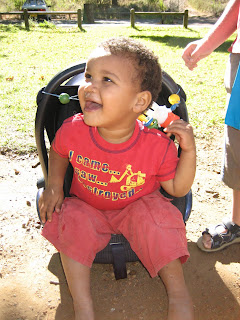 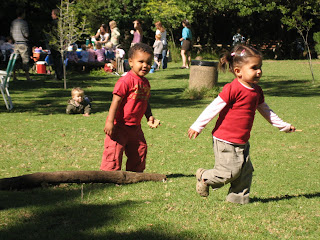 Examining something that was probably best left alone 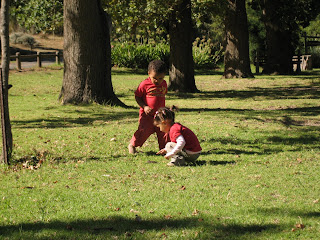 Our tent in all its glory 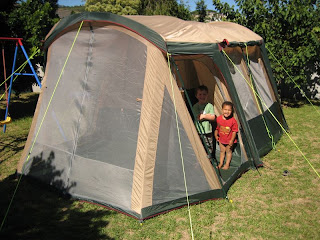 Two very happy boys, they're really excited about the prospect of going camping 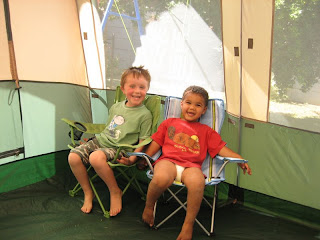 We had a 'Grumpy Face' competition.. 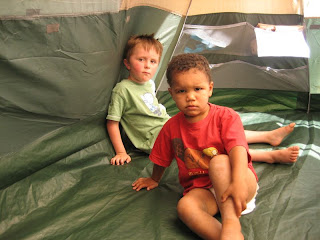 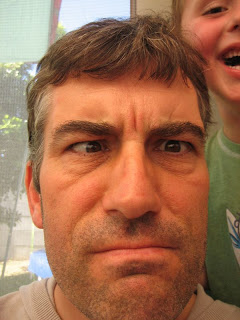 ..it was a close fought contest! 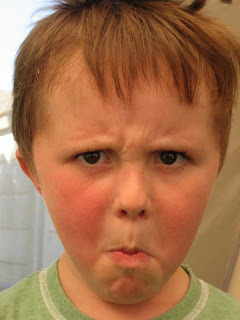 Joel thought the whole thing was hilarious and was in hysterics when we saw the photos on the computer.