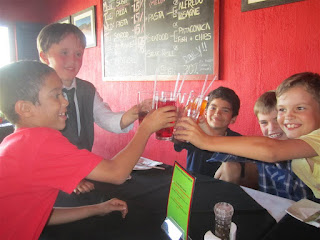 Joel had his birthday party a week early to accommodate a top secret event happening this Friday, stay tuned!

What a joy it was as he invited his four best friends from school to join him for a meal at a local restaurant followed by a movie at home and a sleep-over.

After dinner Transformers was the movie of choice with lashings of popcorn (we're still finding it down the back of the sofa - nice!). It was quite amusing watching it with five experts on the subject of Transformers.


Mikaeel left about 10.30pm and bed time was shortly afterwards though Joel was very bleary eyed in the morning and reckoned he'd only had two hours sleep. Thankfully mum and dad did a bit better.

All in all it was a lot of fun and we'd definitely do it again. All the parents were commenting on how stupid brave we were having such a crowd for a sleep-over but they were a total joy to have around. There was not a single cross word or a hint of a fight at any point, just lots of uncontainable laughter and a group of boys who are good mates loving running wild around the garden.

Joel's actual birthday is on the 19th and we've got one very big surprise lined up for him for tomorrow after school! 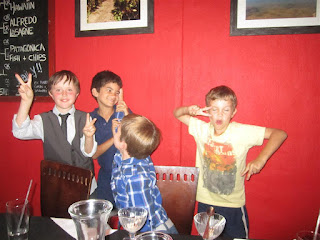 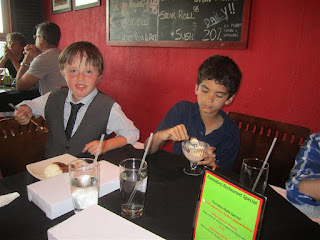