Blogging From A To Z Challenge - C 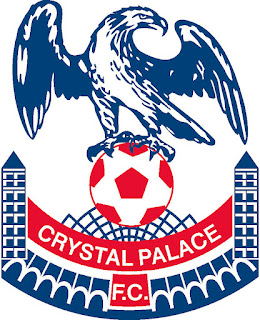 C has to be for Crystal Palace!
My beloved football team.

One of the things I love when the England football team play is that for a while every English football fan gets to understand something of what it's like to be a Palace fan. The England team is full of potential and is not short on talent, they are capable of winning every game they play and yet they so often fail leaving the fans disappointed yet again.

Well that's what it's like being a Palace fan week in and week out. We've got loads of potential, no end of young talent coming through the academy and we have the ability to win every game we play and yet so often fail leaving the fans disappointed yet again.

But who cares, it's Palace all the way for me!