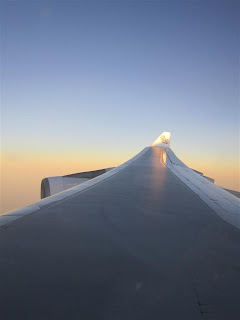 We can't quite believe that after months of planning and preparing for our UK trip it's now over and we've been back home for a couple of weeks. Life is now back into its usual cycle of school runs etc. but we'll attempt to put a coherent reflection together.

We really did hit the ground running and by the end of the first week we were exhausted but absolutely thrilled with what we'd achieved.

Things didn't start too well though. I feel I was oversold Emirates by my peeps who for months had been telling me just how much I would love it because of the space and the on board entertainment. Well our first flight out of Cape Town was horrific! Now don't get me wrong, the staff are a class above BA's and the food was pretty good too. No the horror bit was the fact that Paula was cramped, and if Paula's cramped what chance have I got? Add in to the mix the fact that the entertainment system wasn't Emirates' all singing & dancing ICE system and it made for a very miserable 10 hours!

Thankfully our connection in Dubai went very smoothly, again thanks to the staff who really should be sent to BA to train theirs. This flight was on a Boeing 777 and was much better but by the time we were airborne I was so miserable there was no way I was going to enjoy it.

Once in Blighty I perked up and we embarked on a whirlwind of events beginning with our oldest niece's 22nd birthday in the revamped village pub, an absolute delight! Saturday saw us drive up to Cheadle and Sunday was D-day in terms of our Roadshows beginning. We were at both the morning and evening service of St. Cuthbert's with the evening meeting being a cafe style church which was brilliant. It was great to see a lot of old friends and to reconnect with so many folk. 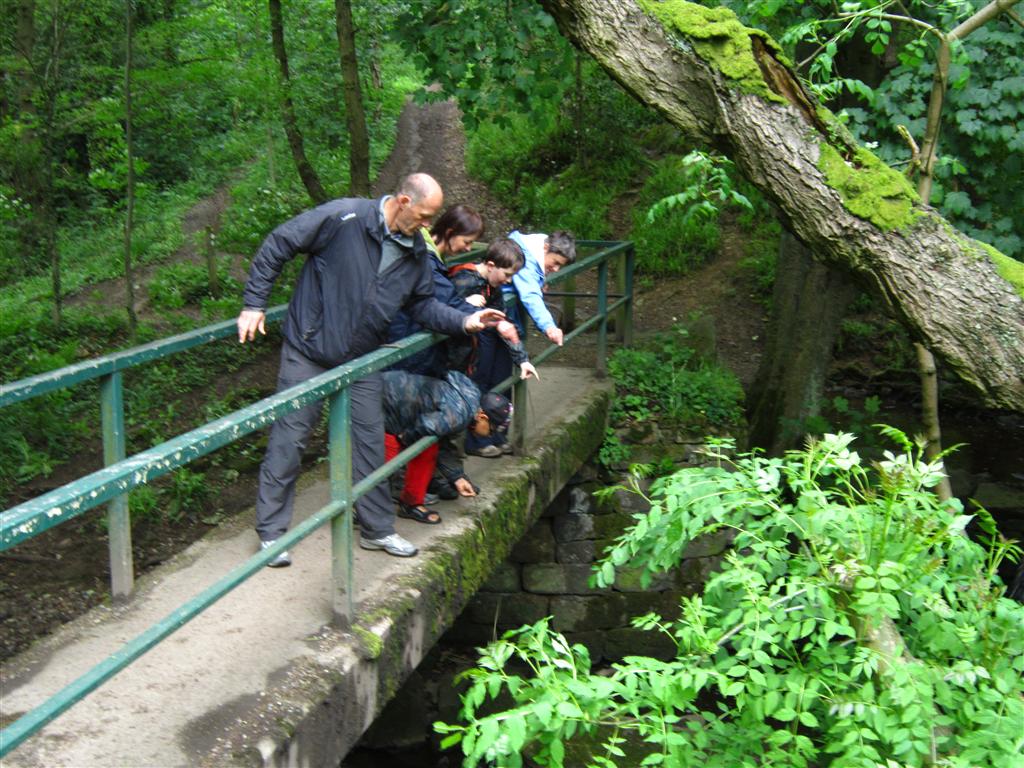 Monday we were at Club 55, Tuesday was spent with Tuesday @ 2 (the clue is in the name!), on Wednesday we were with our good friends the Bebbingtons and had a great evening presenting our Roadshow there. Thursday was off to York to see the Byrnes who we'd not seen since their wedding. We had a great evening with their Community Group as Danny roasted pork for 13 people with Joel pretty much hoovering up the leftovers! Friday was spent in Sheffield where it was great to spend time with Brian & Jo before presenting our Roadshow at St. Stephen's. 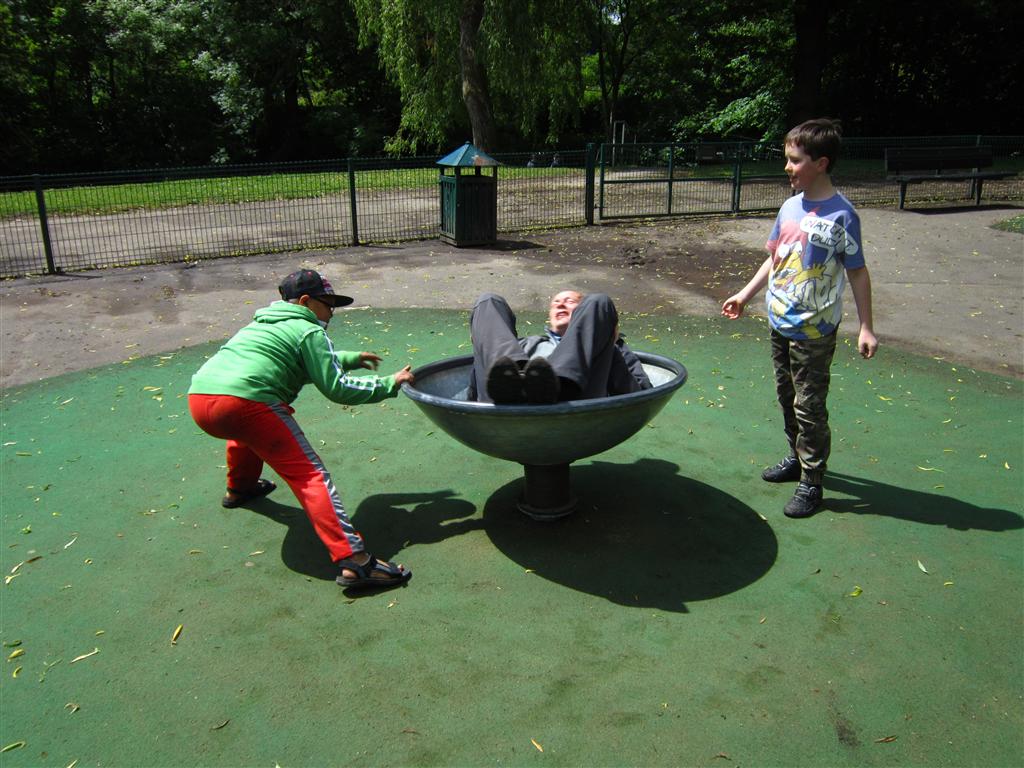 Saturday was a relatively relaxing day as all we had to do was drive back to Cheadle and pack ready for Sunday at Pott Shrigley.

St. Christopher's was one of two churches we'd not been to for 5 years and it was really good to visit again and renew friendships. We'll certainly not be leaving it 5 years again!!! A great morning was followed by a long drive down to Wimbledon for two weeks with Susan.

Finally we had a bit of time to catch up with ourselves but the joy of this busy week was that we were already half-way through our Roadshows and to be honest, we'd definitely do it that way again.

Monday was our first free day since arriving, nothing planned and nothing to do. Well not quite nothing, the small issue of unpacking and doing some grocery shopping had to be tackled. The rest of the week was given over to meetings and catch-ups, highlights among which were spending an afternoon with John & Diane, Eli's godparents. An unexpected delight of the week was visiting a bible study group on Thursday in Cobham and meeting some truly special people which was a good warm up for our trip to St. Andrew's the following Sunday but that's getting ahead of myself. 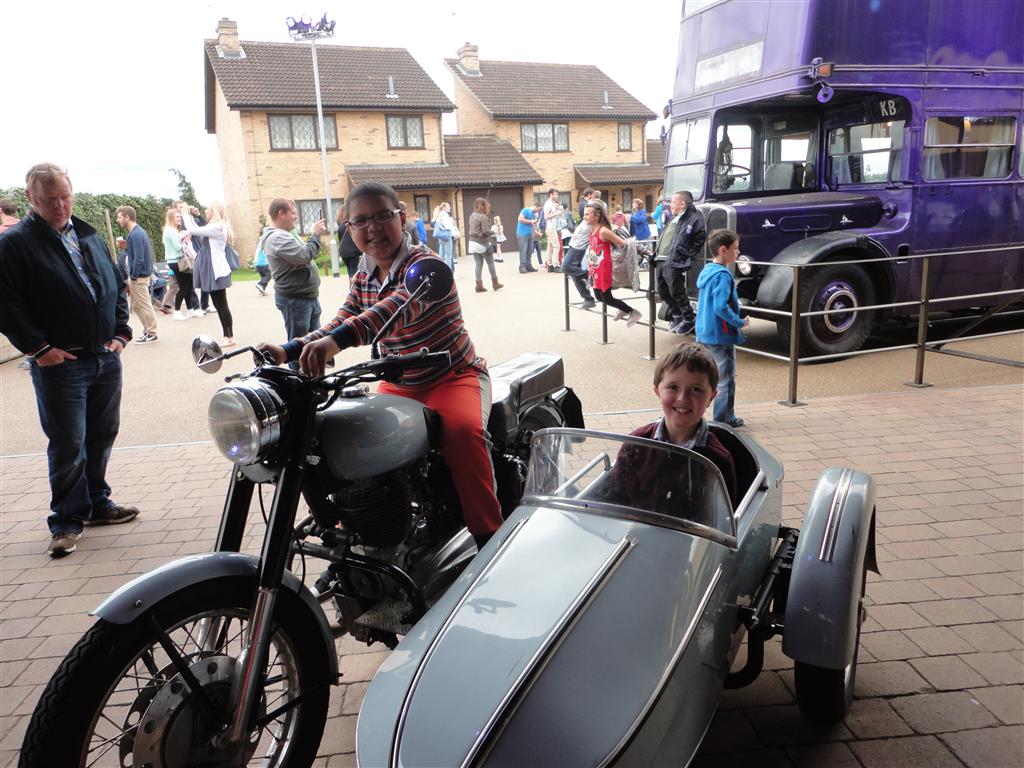 Saturday had us dropping the boys off at Lisa's and us then driving up to Burton on the Wirral for our Roadshow at St. Nicholas in the morning. Whilst the boys were having fun with their cousins and getting uber excited about going to the Harry Potter Experience we were having a seriously good laugh with Cathy and co in the vicarage in Burton. I don't think we've laughed that much in ages!

Sunday afternoon was once again spent trying to navigate the chaos of the M6 southbound. Deep joy! At least our efforts were rewarded as we got to spend an evening with Los Millardos in Suffolk. 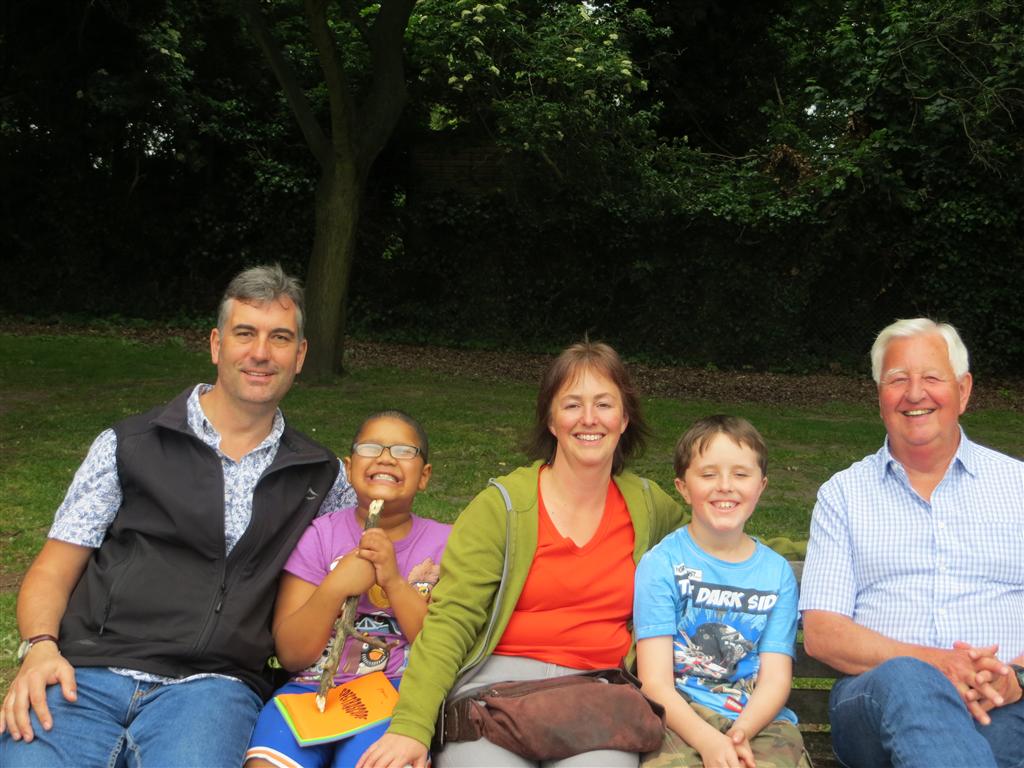 Finally we had a week in which we could spend some time chilling, catching up with Susan and getting around to abusing our luggage allowance for the flight home. Thursday saw us at Everyday Church in Wimbledon presenting our roadshow to a small but very select group of folk and it was great to see Jono again after goodness knows how many years!

We also met a guy called Chris in the Centre Court shopping centre. He has MS and he told us a bit of his tragic life story. We had the joy of praying with Chris and then managed to meet up with him again the following week. We've directed him towards Everyday Church and the guys there know about him so please pray that he'd hook up with the church.

Sunday morning we were with the good people of St. Andrew's in Oxshott and we were thrilled at how God used my sermon to speak to the church. It turns out the PCC were off for a day to plan and reflect on things and my word from Numbers 10:29 was spot on. God is good!

More meetings ahead of us now but after Monday we were able to start seriously thinking about our trip to Paris sans enfants for three nights on Tuesday. We love Paris and can't quite believe we got to go back again so soon after our trip there in 2011. Amazingly, even here God was speaking to us, especially as we revisited the church of St Séverin and were blown away by the Tree of Life in the church. 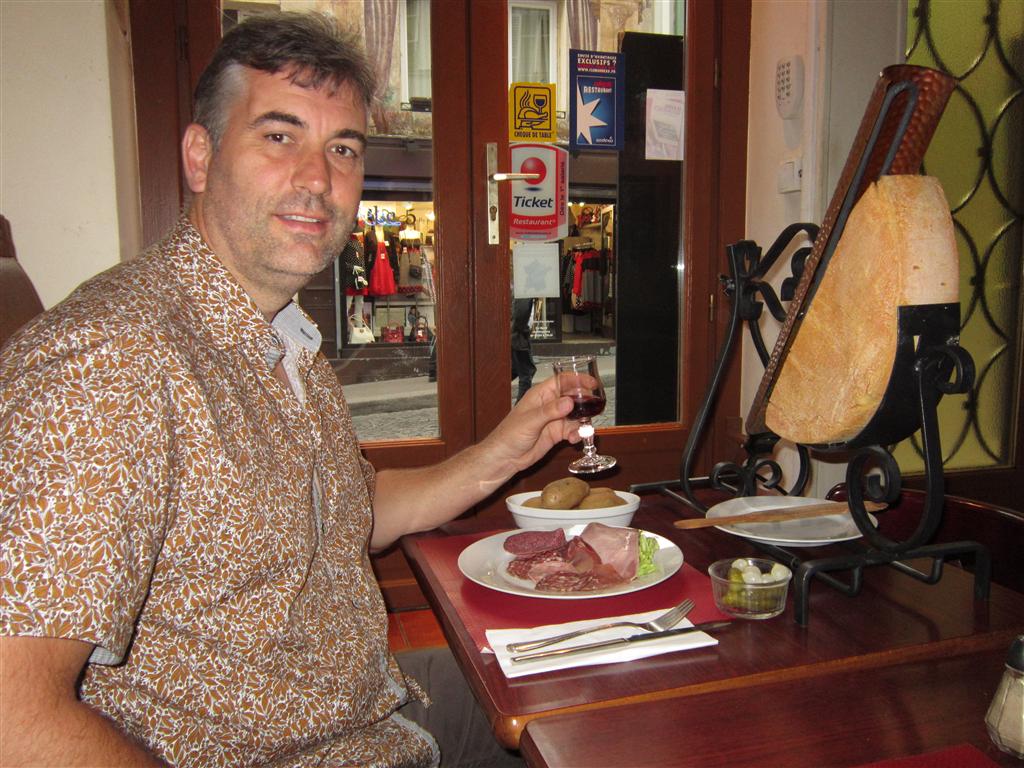 I was particularly chuffed to be able to enjoy a raclette after many many years and was very proud of how it stank out the restaurant. So much so that at least one customer complained to the proprietor who gave me a knowing nod as he opened a window.

It was such a joy to be able to mooch around our favourite city and to be able to do it in reasonable summer temperatures was an added bonus. The highlight was probably going right to the top of the tower in Notre Dame, the views were simply stunning!

We also had a lot of fun celebrating Paula's birthday in Paris. Where better to find a quality restaurant with exceptional wine?!? 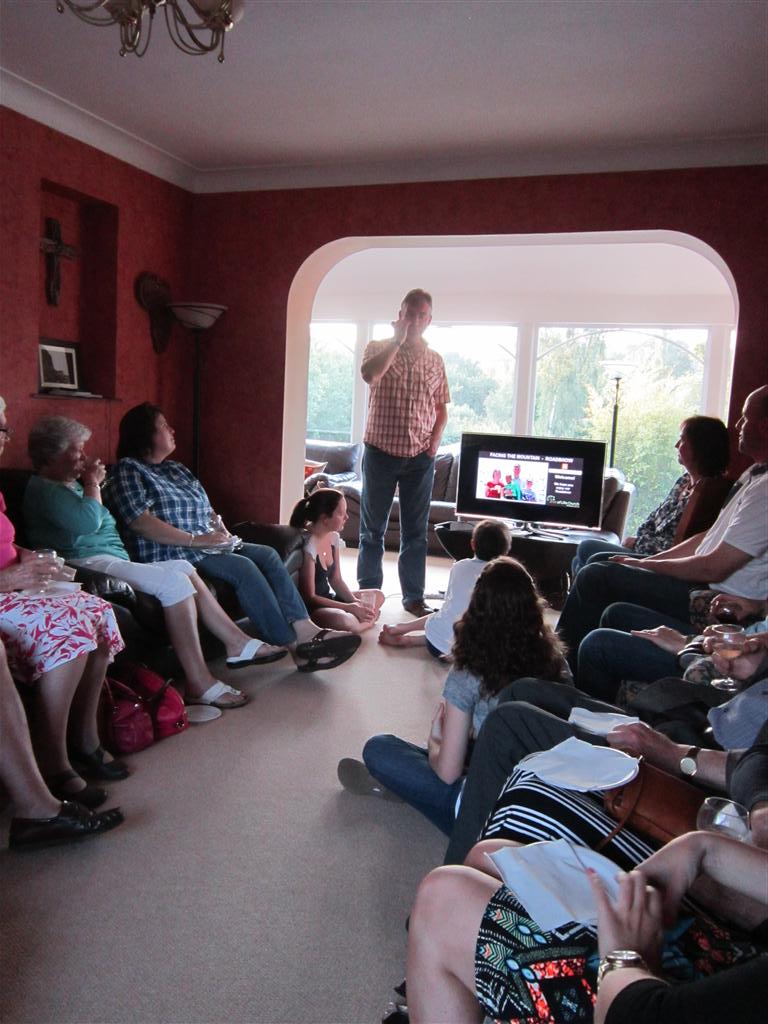 After the joy of Paris it was back to the job in hand with our last Roadshows being in Weald on the Sunday at St. George's and on Thursday at Lisa's. We had deliberately planned our last week to be as open as possible to spend as much time as possible with family and we had a great time. I loved spending an evening with my brother in The Windmill, sampling a variety of local ales.

We had some great family times with the boys spending endless hours in the pool. special times indeed!

And now we're home to a cold and wet winter but at least we were in Blighty for June 21st to make sure the sun began his Southward journey.

So with all being said and done I reckon I've learnt two things from our trip. Firstly no-one has a bed as comfortable as ours and secondly, no-one has a shower as good as ours.