We've never done this before but thought it would be good to share our September prayerletter on the blog. We hope you enjoy it... 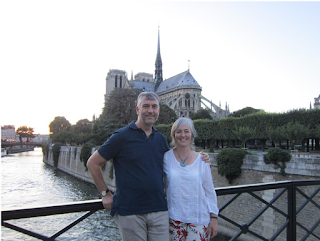 We can’t quite believe that we’re writing this having just celebrated our Silver Anniversary in Paris. We’re feeling incredibly blessed and privileged to have been able to celebrate in such spectacular fashion!

However, there is a story and testimony behind this which we want to share... We had been planning this for a few years but were never sure it would actually happen, especially knowing how much the whole thing was likely to cost, but earlier this year we decided to step out in faith and book our plane tickets for Paris. This was a big *GULP* moment for us because it really was a step of faith and we knew the credit card bill wouldn’t be too far away. However, we believe that 2016 is a year of blessing and within a short space of time we had been blessed with some gifts which meant we could breathe out and pursue our anniversary plans to the full.

One of the biggest issues we had to deal with was that of the boys. There’s a limit to how much you can ask friends to do and we knew they wouldn’t want to be away from home for that time, so we were praying for a solution. Amazingly our oldest niece contacted us and asked about coming out to Cape Town. Foolish girl! We’re incredibly grateful Suzi for taking time off work to fly out to Cape Town to look after our boys. This was the final piece of the puzzle and we love how God had made a path for us to be able to celebrate. 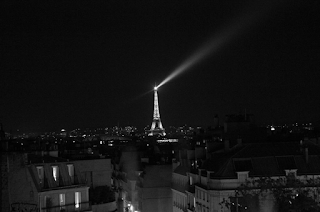 To be able to celebrate our Silver Anniversary in such a special way has been an incredible blessing. We’ve seen and done things we’ve not managed to on previous trips to Paris, and Versailles was a highlight along with going to the top of the Arc de Triomphe. Each evening after a stunning meal we had the joy of sipping Champagne on our balcony whilst watching the light show on the Eiffel Tower, it really was a dream come true!

We’re now just a week from our anniversary proper and looking forward to it but I guess we’ll need to curtail our celebrations a little after the last week!

We’re now very happy to be back home and to return to normal life. We’re also glad that Joel’s recent round of tests has come to an end, he’s done really well and got some good results despite having to get himself through Geography and History without Mum’s support.