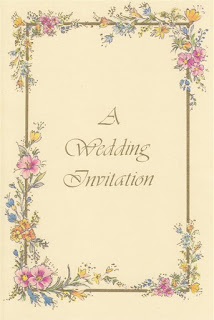 We seem to have been celebrating our 25th wedding anniversary for a while now, but then again, why not?! It's quite a milestone and one the world would like to have bet against. We often laugh about the fact that someone (who shall remain nameless) gave us six months when we announced our engagement. 24½ years later we hope they feel differently.

In many respects we always believed we would hit this milestone and carry on way past it, but in other respects we're more than amazed that we've gone the distance so far.

To say that we'd have gotten this far without our faith would be foolish, all honour must go to our Lord for sustaining us!

So we've renewed our vows in St. George's, the church we were married in all those years ago. We've been to Paris for a week to celebrate on our own in style and now we're enjoying some special time at home with our boys, who think we're ancient because none of their friends' parents have been married for anywhere near as long. Oh the joys of being older parents!

We often marvel at how different life is 25 years on, had we known what the journey would involve and where we'd end up we would probably have run away, from God and from each other, but that's one of the great joys and blessings of faith, God's plans are so much more interesting and exciting than anything we could possibly have come up with!

Taken for the local rag but still our favourite photo 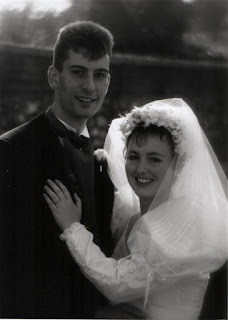 Paula with her mum who died 6 years later 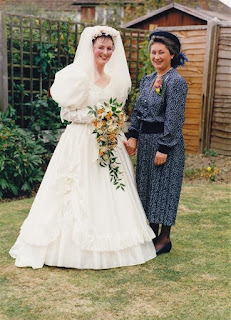 Paula with her dad 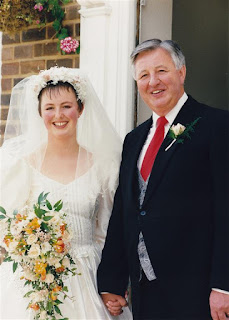 Dean with Roger, his Best Man 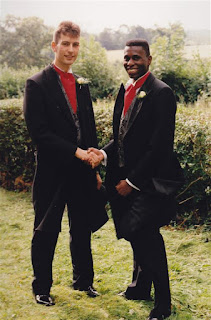 Here comes the bride.. Tocata in C by Zipoli to be precise 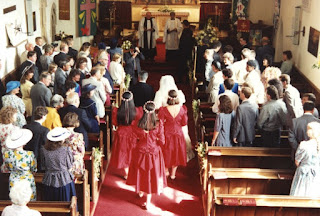 Too late! (We left to the tune of Athalia - War March Of The Priests by Mendelssohn) 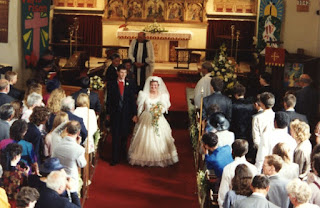 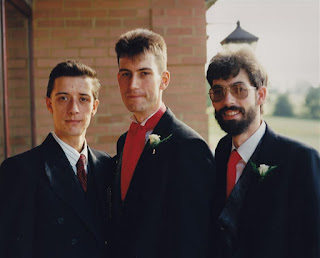 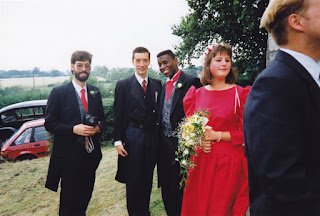 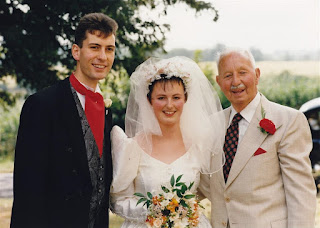 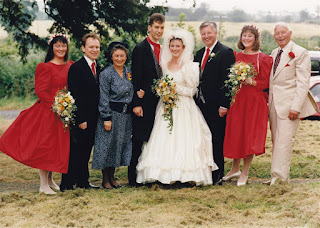 The luckiest guy on the planet! 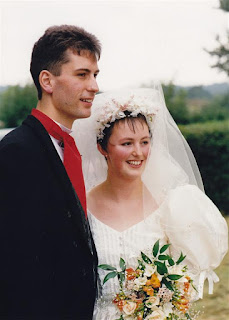 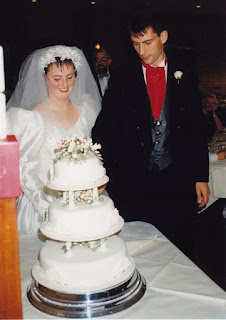 Our stunning cake made by our lovely neighbour Margaret 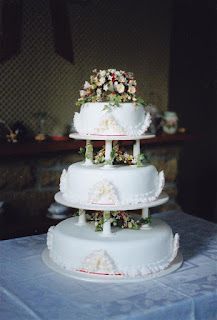 Those flowers were amazing! 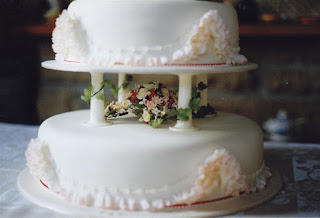 Nice job on the car guys! 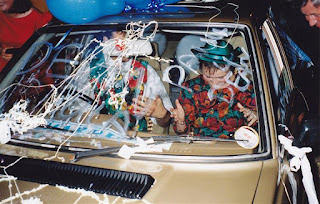 Our order of service 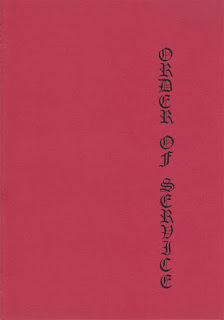 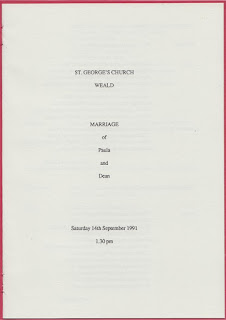 Article in the local rag 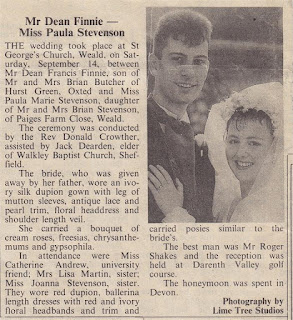 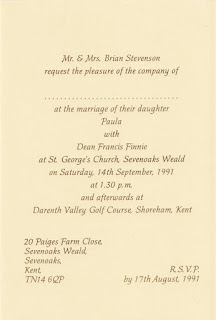 We haven't aged a day! 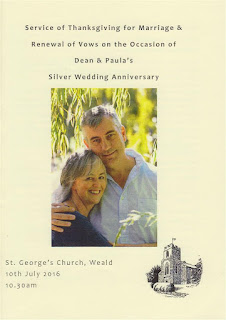