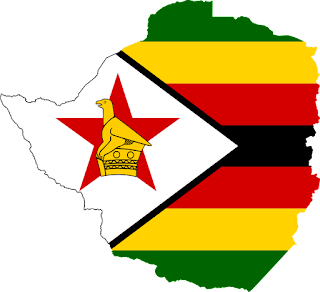 We had the privilege of calling Zimbabwe home for almost three years from 2000 to 2003 and still to this day carry a torch for the nation. Zimbabwe is quite simply the most beautiful country we’ve ever been to. Zimbos are the warmest and friendliest people you will ever meet and visitors are always bowled over by the reception they receive.

Sadly though, all has not been well in the former ‘bread basket of Africa’ and since 1999 has been the basket case of Africa, and that can be attributed to one man and his colossal ego.

Mugabe was once a genuine liberation hero, but that crown slipped a long time ago and he’s nothing more than a despot.

So what’s happening today in Zim?


We know a few things for sure… we know the military have taken control, allegedly only to “purge the criminals from govt” but they are firmly in control. We know that Mugabe is under house arrest in State House and is safe, and we know the Grace Mugabe has fled.

So what sparked this sudden and dramatic event? Mugabe recently sacked his deputy, Emmerson Mnangagwa at the behest of his wife (Grace) as she has designs on power and wants to succeed Mugabe as president of Zim.

We also know this was a step too far for the military who are incredibly loyal to Mnangagwa for all he’s done as both a liberation hero in the 80s and for bringing the different military factions together after independence.

Here's a useful 'who's who' from the BBC

We also know that Mugabe is very old, quite ill and is only human, he can’t go on forever, though sometimes it feels like he might!

But now there has been a seismic shift in Zimbabwe and things cannot and will not simply return to how they were.

Firstly, Mugabe’s power has been challenged in the most public manner possible. He’s no longer untouchable and his word is no longer sacrosanct. That is a seismic shift!

Secondly, the Zanu-PF Youth movement have publicly apologised to the military. Let’s be clear here, Zanu-PF Youth are a vicious bunch of thugs who apologise to no-one as they hide behind Mugabe and do his dirty work for him. Again, they are a nasty bunch of thugs and for them to be apologising publicly is indicative of the seismic shift happening in Zimbabwe.

What we don’t know is what happens next.

So can the army really purge the criminals and then hand power back to Mugabe? I really doubt that they can having challenged his rule and humiliating him so dramatically, he’s not a man known for forgiving those that cross him.  Equally however, the military have always honoured Mugabe as a liberation hero and it seems unlikely they will harm him in any way.

Will Emmerson Mnangagwa be installed as the de facto president without elections or will he take the job on in a caretaker position until elections?

Will the military’s purge of criminals extend beyond the realms of the govt and start targeting the opposition and general population?

So many questions and yet there is one simple answer, we must pray! In recent years the church has flourished in Zim as the nation has suffered under Mugabe. People are realising that hope lies only in Jesus and that’s why churches have grown massively.

Let’s stand with Zim in prayer.