You should have heard on the news about the fire on the slopes of Table Mountain which is causing huge destruction to the Natrue Reserve there. Sadly, the fire appears to have been started by an idiotic British tourist who flicked a cigarette end out of his car window. Thankfully a local guide saw him and made a note of his registration number and the police caught him.

The South Easter isn't helping either as it's blowing around 40kph although it has dropped this morning, so that should help the emergency crews.

Amazingly only one person died and it looks like no homes have been destroyed which is also a blessing. However, this incident will once again leave Cape Town struggling financially. This is so sickening when there is such desperate need for housing and welfare assistance for millions and money has to be wasted clearing up the mess created by one total idiot! (smoking is not big, it's not clever and throwing dogends away is not simply 'littering' but rather a wanton act of vandalism).

Below is a selection of photos taken from the BBC, News 24 and Die Burger (a local paper) which show just how bad this fire is. 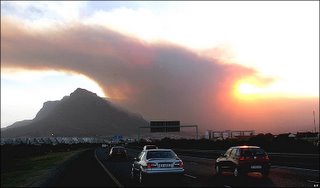 Helicopter dousing flames from above 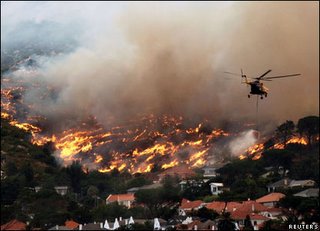 The destruction will be huge, see how small the helicopter is! 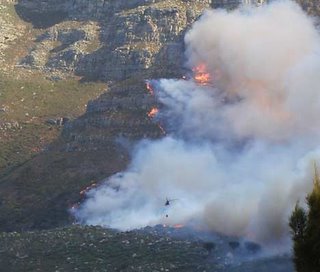 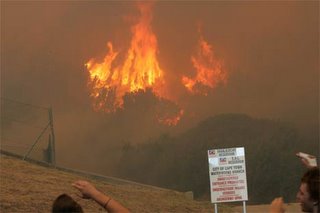 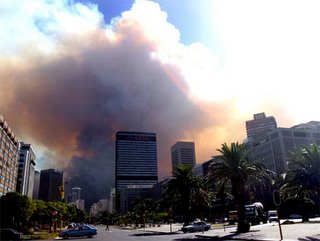 Helicopter on its way 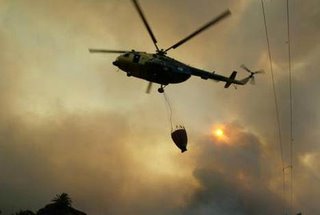 Fire coming close to the houses 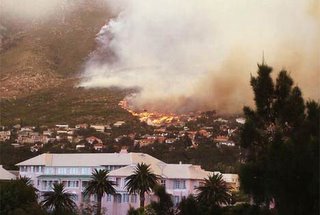 Flames above the houses and very close to the cable car 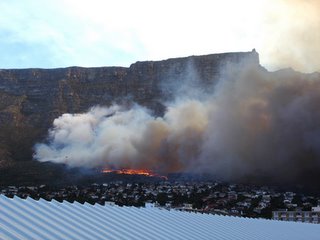 Seen from a distance 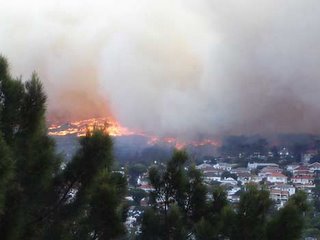 The flames are ferocious, fueled by drought and strong winds 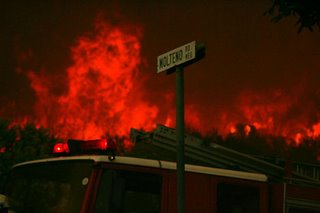 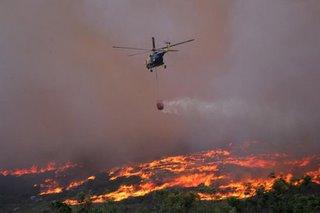 The flames really are fierce 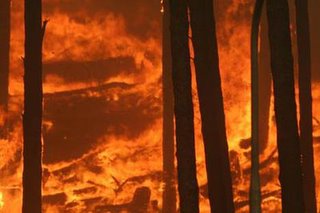