Here's a quick update on what we've been upto in the last few days. On Monday we had a great Christmas dinner with all the trimmings (no photos to post!), we all had fun and were very stuffed afterwards.

On Tuesday Dad, Grandad and Joel went on the Romney, Hythe & Dymchurch Railway, a real boys day out. We had a lot of fun and hopefully will repeat the event next time we're home, so that Eli can join us.

On Wednesday we went with Joel to watch the Wiggles in concert in Brighton. Joel was in complete awe as the Wiggles came on stage, we think he was expecting to see them on TV. We also got a photo of Joel & Murray but sadly the person taking the photo zoomed in so it's not great.

Grandad & Joel on the train 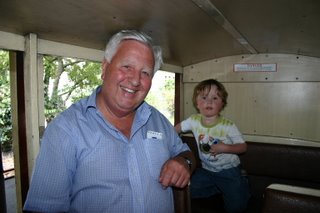 Joel fiddling with the engine 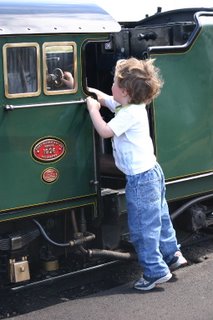 Grandad & Joel by the train 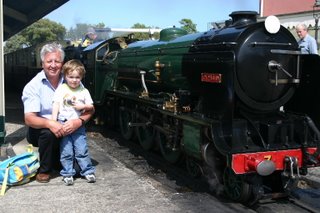 the Wiggles on stage 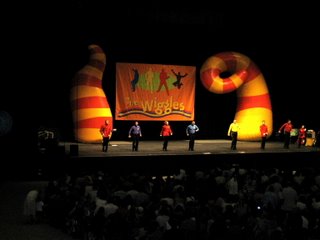 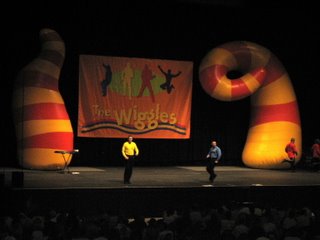 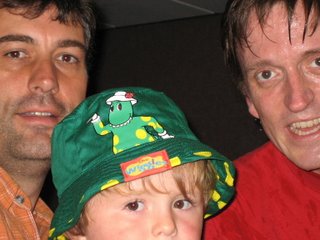 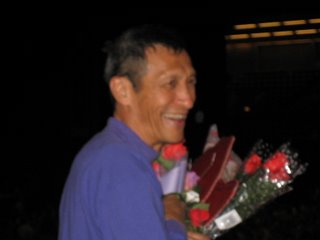