At last our recent bout of illnesses seems to be over. The last two weeks in particular have been a complete write off as one or other of us has been unwell. We've just had a great weekend, On Saturday Joel was at a birthday party which he really enjoyed and then we lazed around in the afternoon. On Sunday we had a young couple iver for dinner which was great, they've recently moved into the area and are still finding their feet. The weather was also much better than predicted so we were able to spend a bit of time in the garden which both the boys love, especially on their swings.

Eli is 8 months old today, we can't quite believe where the time has gone, but are loving how much more interactive he gets each day. Joel still hates the way Eli slobbers on his toys but he's getting more tolerant of Eli playing with his stuff and often goes and gets a toy for him.

Eli looking cute as ever 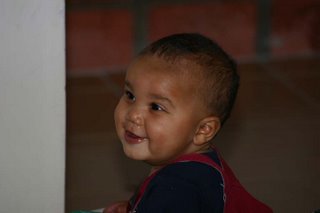 Joel loving his time on the swing 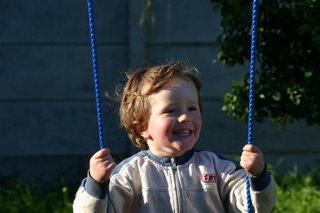