Boxing day was a nice lazy day which began with a walk in the Nature Reserve where we fed the ducks and even managed to coax Spikey (the porcupine) out of his 'house' for some bread. After this we went to Paddy & Barbara’s for a lunchtime braai and a swim in their pool. They have become really good friends and their kids, Caleb &amp;amp; Michelle, are really good with Joel & Eli even though they’re quite a bit older. Paddy & Barbara also had some other friends there, Johann & Lara and they were good company too. Once the kids were in the pool the adults all relaxed a bit and enjoyed the sun and friendship.

Grandad, Paula & Eli and Lesley being shown around by Joel 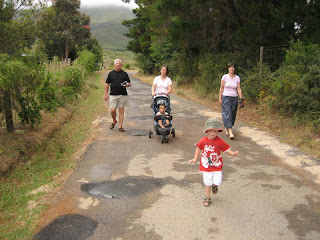 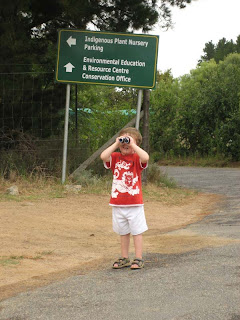 Giddy up Daddy, that's a Bontebok to the right 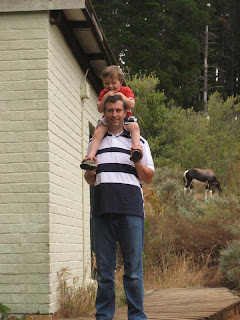 Family time is a bit chaotic at coffee shops these days 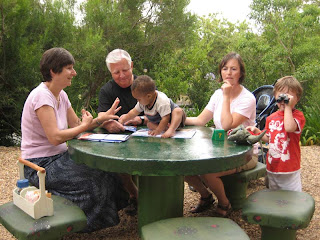 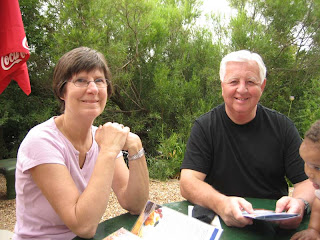 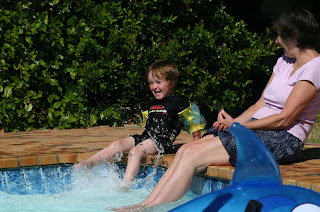 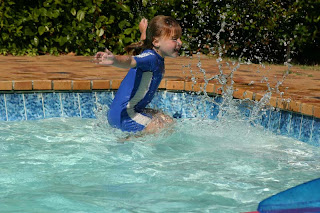 Grandad enjoying the afternoon by the pool 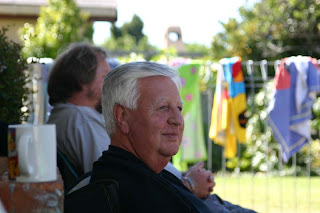 Paddy serenaded us with Pink Floyd songs, he recently borrowed a couple of Dean's DVDs and learnt a few of their songs 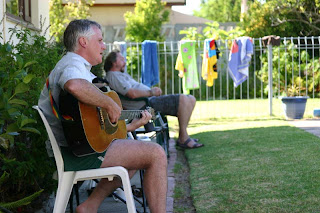 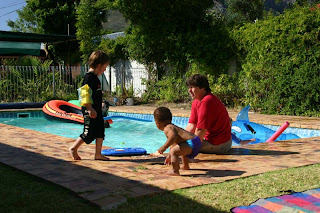 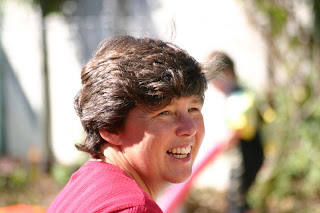 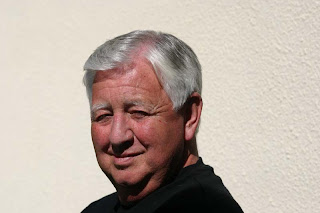