Joel has been really excited for a while now as he knew Grandad was coming to see him. Grandad finally arrived on Eli's Birthday, so his first duty was to accompany Birthday Boy with the family for a fish & chip supper at a local chippy. Today was mainly about Joel as we left Eli at home with a friend and went with Grandad and Lesley to Cape Town. We went up Table Mountain then onto Boulders Beach to see the penguins before driving home exhausted and sunburnt. Joel and Grandad had a lot of fun! 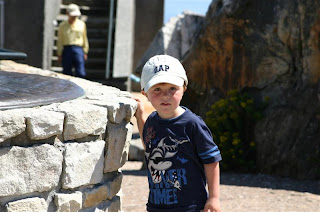 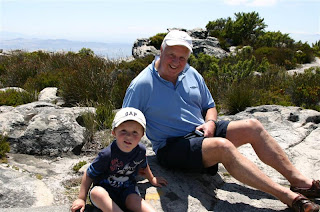 Joel leading the charge over the rocks, Lesley is behind Joel with Grandad trailing behind 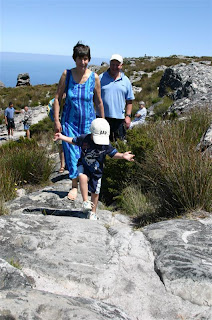 Joel was amused by Grandad's antics in the sea 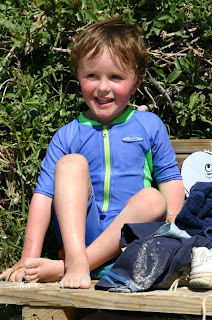