We've just had a very long weekend thanks to two public holidays, Freedom Day on Friday and Workers Day on Tuesday. Everyone seemed to take the Monday off too to make the most of the break. We had lots of fun, especially as we had 'big Joel' staying with us for the weekend. We last met Joel when he was 2 years old, we were part of a CYFA camp leadership team on which Joel's dad was the Vicar.

We spent some time in the Nature Reserve and went into Cape Town on Monday, mainly to go to the Aquarium which as ever both Joel & Eli adore. 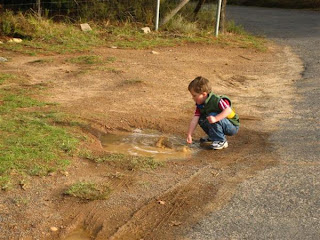 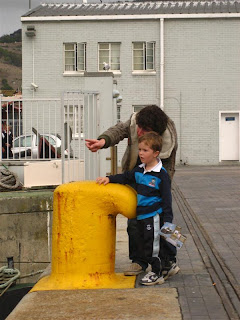 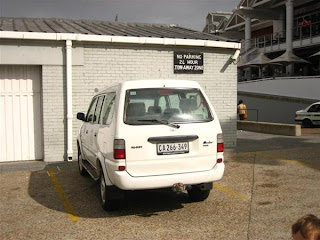 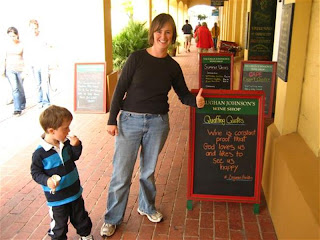 Another classic endorsed by Paula! 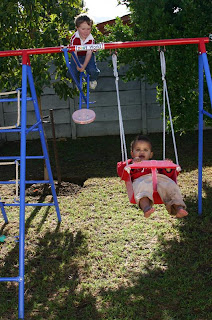 Joel & Eli on the swings at home 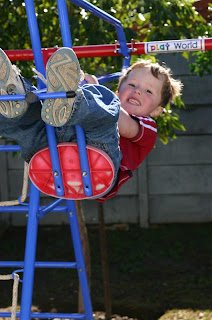 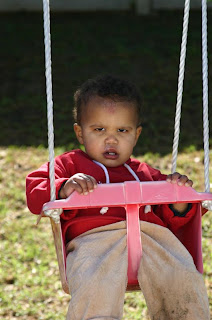 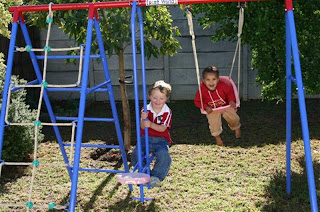