A while ago we had Joel Bird stay with us for a few days as he enjoyed a long weekend break from his time with Scripture Union in Jo'burg. Joel had to return to the UK a bit earlier than expected so he spent his final night with us before leaving. The boys were really chuffed to see Joel again and Eli took a real shine to him. I know Joel's parents will read this, so just to let you know that it was a rela pleasure to have Joel stay, he's a real credit to you!

Busted! Joel & Eli had to share whilst big Joel was in Eli's room. We heard much laughter at 6.30am and caught Joel in Eli's cot reading to him 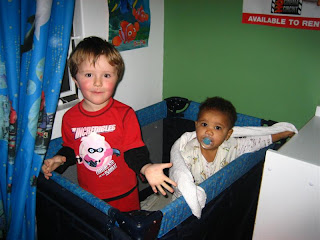 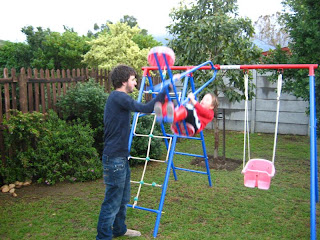 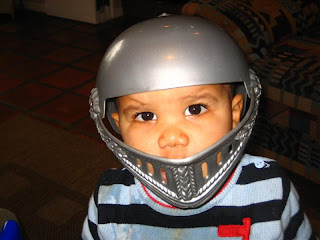 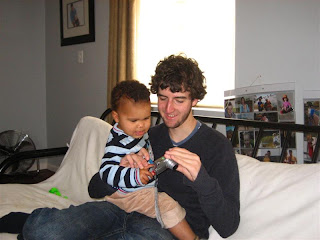 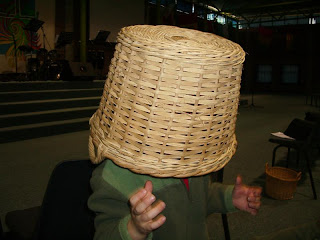 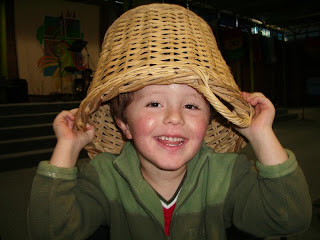 Joel & Joel swordfighting, little Joel was delighted to have someone to really fight with 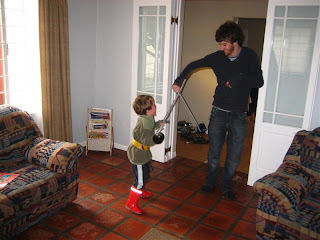 We had a lot of fun 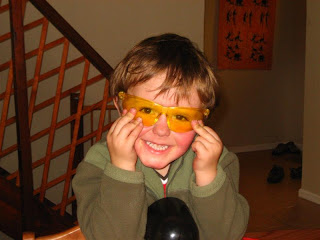 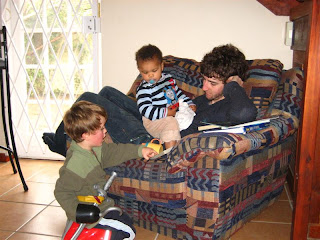 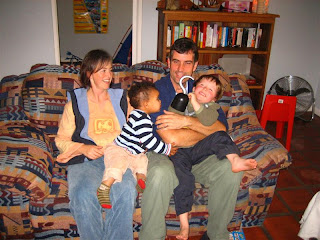 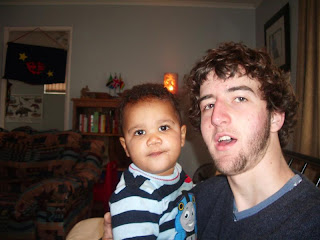