We've had a wonderful day whale watching in Hermanus this morning, followed by a casual Birthday party with some friends around the corner followed by our boys toddling off to bed without complaint after a couple of stories from Mummy. Bliss!

The whale watching was a bit disappointing in Hermanus but it is only just the beginning of the whale season so hopefully we'll see more in the next couple of months. As we drove home via the coast road we saw some whales close to the shore and managed to get some reasonable photos, see below. The whales are Southern Right Whales. 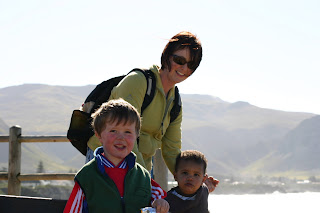 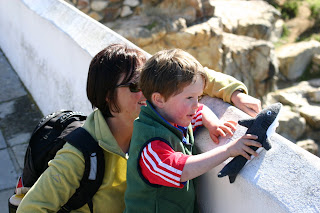 Joel was desperate to see a shark but was happy with a toy from the market, this shark became inseparable and can be seen 'whale watching' with Joel 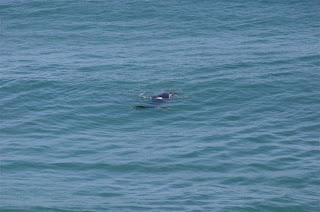 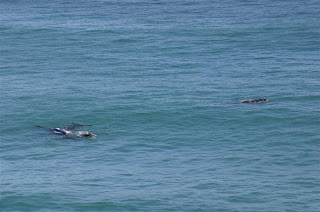 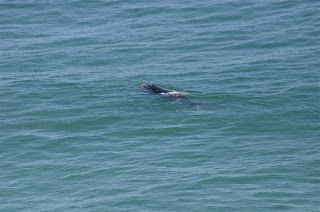 The clearest shot of a whale today 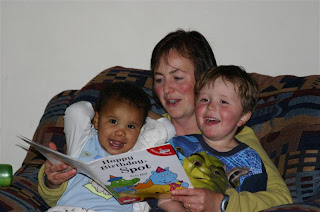 Storytime after a busy but fun day