This afternoon we went to the Tiny Bubbles Créche graduation in Chris Nissen Park. Despite the classic CNP start -very chaotic- the event was great and very well put together. Sandra directed the proceedings and there was a lot of involvement from the rest of the community. Not only did a lot of folk come to watch, but many of the older children in CNP had put dance routines together to entertain the audience.

The children who were graduating from the créche had a starring role with the girls putting on a fashion show and the boys showing off their muscles to much whooping and excitement from the crowd!

Unfortunately it was too hot in the tent and we had to leave before the graduation itself (the boys were flagging) so we don't have any photos of that. However, we know they were going to be given really nice certificates and a prize each.

Sandra was the MC for the proceedings 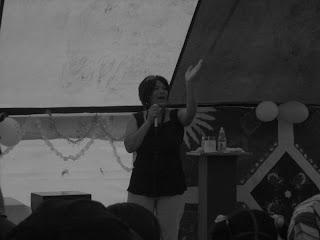 One of the many dance groups performing 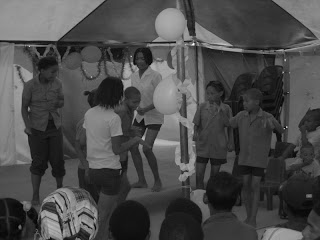 The girls put on a fashion show... 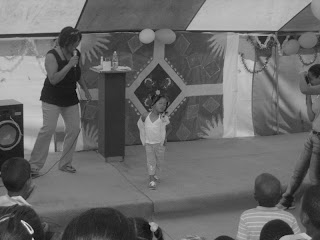 ..whilst the boys flexed their muscles 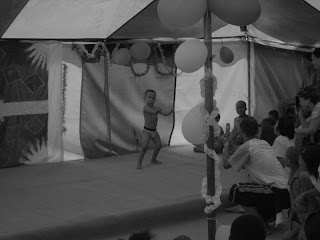 It was all a bit too much for some! 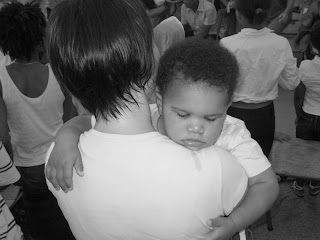 Another music and dance interlude 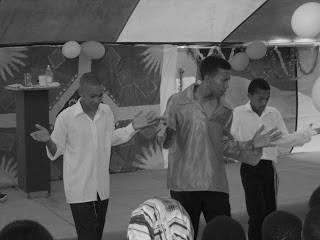