Today we decided to make the most of a lovely gift and have a family day out in London. We had a lot of fun visiting the Natural History Museum. Joel was especially thrilled with the train journey to London followed by two different tube trains. We managed to see quite a lot but the dinosaurs and the creepy crawlies were the biggest hits of the day! Joel was especially taken by a giant scorpion which moved, we must have spent almost half an hour watching it. We arrived home tired but having had a fantastic day full of memories for the future. It's so great when we can do this kind of thing. Thank you!

In the main entrance hall of the museum by the Diplodocus 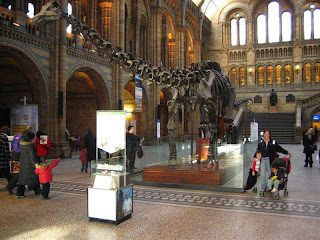 Trying not to be scared by the Tyrannosaurus 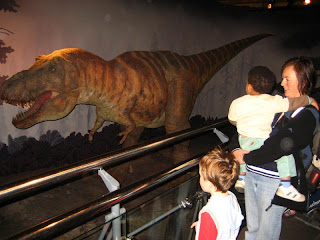 Both boys were fascinated by the various displays 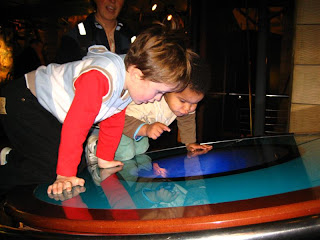 Standing over the Blue Whale, it was very dusty! 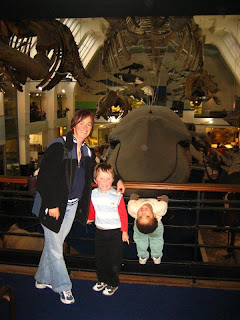 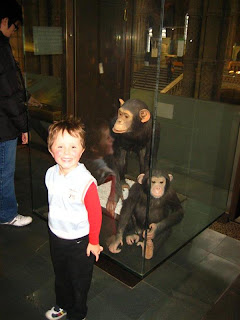 The giant scorpion was a huge hit 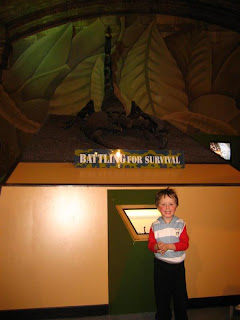 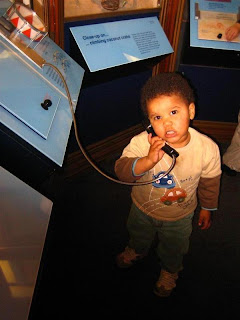 The fun continued at Mc D's 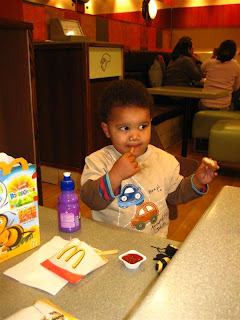