After a whole year of waiting (we're not joking!)Joel finally had his Zorro party with 15 of his little friends, mostly from school. He was thrilled to dress up as Zorro and couldn't believe his eyes when he saw his cake!! All in all lots of fun was had by everyone, including Eli, who got away with scavenging from the party food table all afternoon while the bigger children were playing games!! Mum and dad were pretty pleased when all the kids, siblings and parents finally left though - it's exhausting hosting a kid's birthday party! Now we're looking forward to the big day tomorrow (Wednesday). Joel has been counting the sleeps for the last 3 weeks and is telling everyone that he is having his dinner at Primi Piatti's, his favourite pizza place! We wonder how long before conversation swings to what theme his party will be next year? 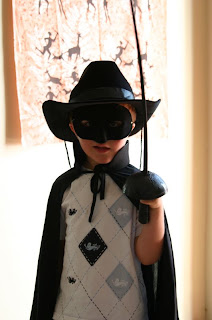 The cake was brilliant 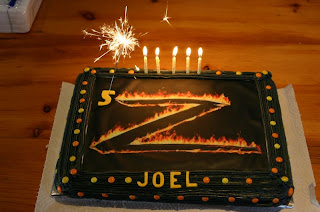 A very proud Birthday boy about to blow the candles out 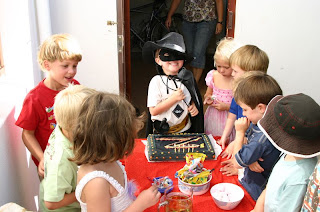