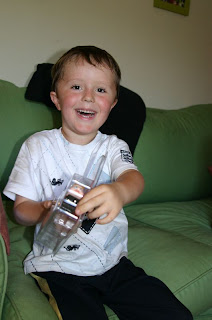 Would you believe that the letter of the week in Joel's class is 'B' so for show & tell today he stood up and announced that he was the 'Birthday Boy' and told the class all about himself and his birthday. What a star!

Joel opened his presents after school (not sure we'll get away with that in years to come) and was thoroughly delighted by them. The four favourites are Victoria from Underground Ernie, Tom & Helicopter from Fireman Sam, a Zorro action figure and a set of Charlie & Lola DVDs.

This evening we went to Primi's for pizza and pasta which is always a huge hit with our boys. Joel invariably chooses Primi's when he can and the food is excellent.

So we've had a really good fun day with lots of laughs and some really great presents for Joel. Thankfully they're both in bed now so we can chill with a film. 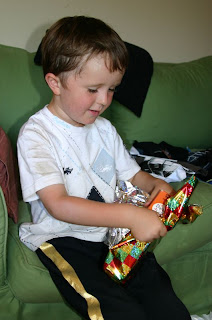 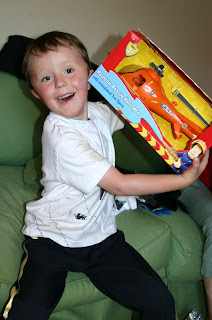 Raising a glass to his birthday.. 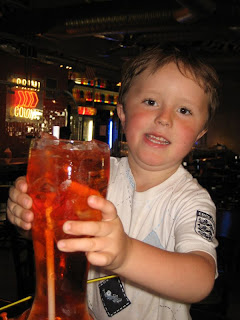 ..whilst Eli gets on with the serious business! 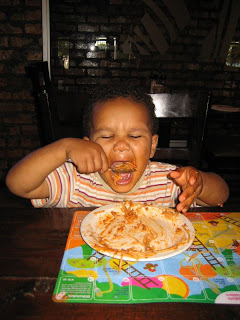