This weekend and last have been extremely busy but full of fun! Last weekend the boys had a Thomas birthday party on the Saturday morning, complete with little sit-on train for them all! Eli was very scared of the noise and Joel wouldn't go near it - that worked well!!! The party was amazing as the mum had really gone to town with Thomas accessories!! Eli was in 7th heaven - the biggest decision being what shall I eat next?

That afternoon was the very first International Day at Joel's school. This was a really big event for the school and celebrated the huge diversity of students and cultures represented at the school. Each class had chosen a country to represent and presented all the spectators with a dance/song/play from the country as entertainment. The afternoon proceeded with lots of yummy food from all over the world; water slides etc and a fashion show from around the world. It was great fun, though we all sweltered in the heat! Joel's class was representing Great Britain (who else!) and the boys did a rendition of 'The Grand Old Duke of York', which Joel really entered into wholeheartedly. Thankfully he is a boy because the girls tried their hands at dancing round the maypole in pretty dresses - yes quite!

This weekend we finally succumbed and took advantage of the weakening Rand buying a 10ft trampoline for the boys. They are absolutely thrilled to bits and we now quite expect an imminent visit to A& E!! They know no limits and cannot stop bouncing and somersaulting all over the place. Bring it on we say - they are completely exhausted at bed time!! 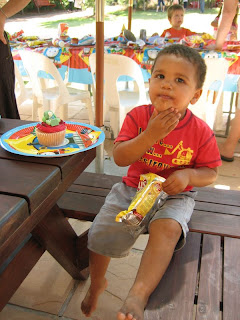 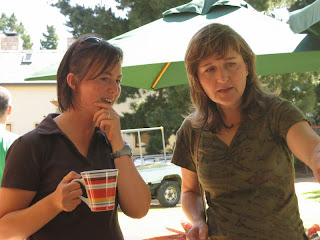 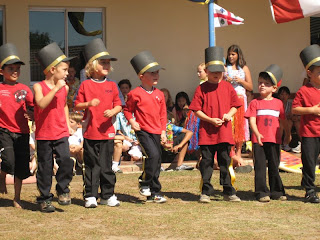 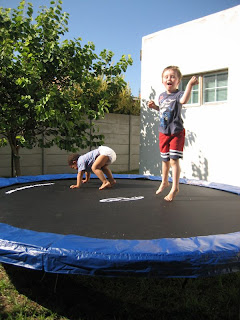 The trampoline has been a huge hit! 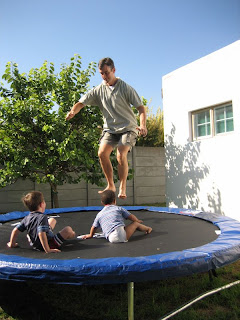 Daddy wasn't going to miss out on the fun... 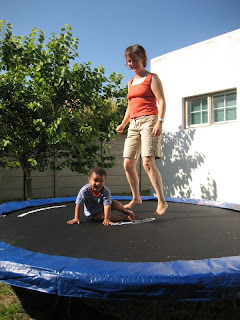 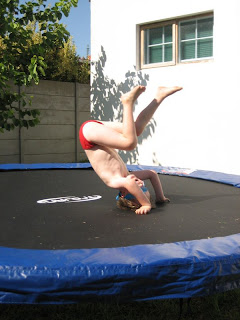 Head over heels is proving popular 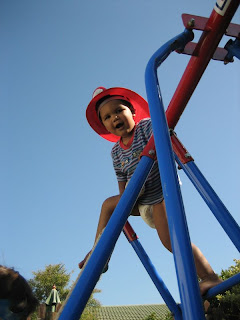 Fireman Sam on the climbing frame