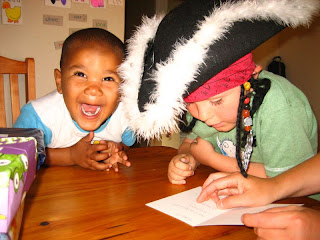 Eli celebrated his third birthday today and managed it in style! we've had a lot of fun and lots of people have made a real fuss of him which is great. Having a birthday so close to Christmas isn't great for a number of reasons but despite that he's had a lot of fun today. Eli was delighted with his presents but the skateboard from Jo seems to be the biggest hit. Joel is really smitten by the pirate set from Grandad and needs to be reminded that it's Eli's!

For lunch we headed into Cape Town but gave up after sitting in a traffic jam for quite a while and instead headed off to our favourite restaurant. Normally we'd go sans enfant but it was great to introduce the boys to the restaurant and vice versa.

They look really chuffed with the pirate set 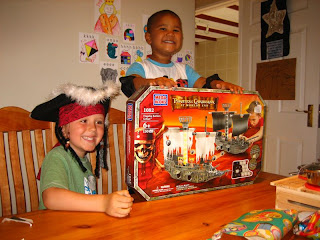 Eli's first bike, now he can keep up with Joel 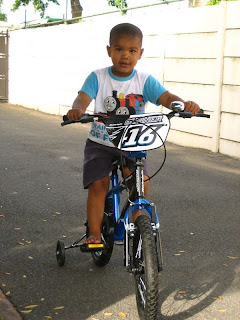 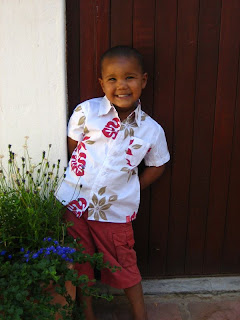 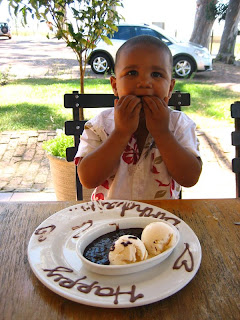 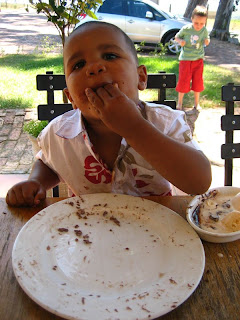 Joel tucking into his favourite meal 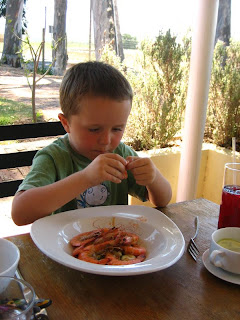