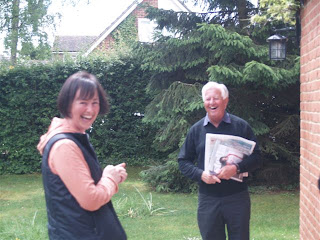 On Thursday Paula flew to Blighty for a very well earned and well deserved break on her own. Truth be told it was payback for the Cape Epic (in case you missed what that was all about, click here)

Much subterfuge went into planning it especially as we wanted her trip to coincide with the birthday celebrations for Stephen's 50th and Susannah's 18th, so many thanks to Sal for helping with the scheming!

Initially Paula travelled to Manchester and spent a night with our good friends the Berry's there before travelling back down South to spend a night with Richard & Sal (Joel's godparents). This morning Sal helped Paula pull off the surprise for her dad. Paula's sister will find out later that she's back for several days.

Above you can see Paula's Dad quite unexpectedly seeing Paula outside his front door.

Whilst Paula is having fun in the UK we're back home enduring torrential rain and horrible cold weather. Despite this, we've been quite busy and still managed to have a lot of fun.

On Saturday we were involved with 'International Day' at the boys school. This is an annual event in which the school showcases itself and celebrates the rich diversity reflected in the numerous nationalities of student at the school. Joel was involved in the England presentation which was just a few football chants (what else can we offer the world?). Thankfully however the Indians, Koreans, Dutch, Mexicans et al more than made up for us. Meanwhile, Eli slept through the whole thing!

After church this morning we went for lunch at the boys favourite pizzeria and they were thrilled to see Nicholas from school and Ryan from church. They had a lot of fun and Ryan had a go at teaching Joel to swing a golf club.

Paula with her dad & Bethy, our middle niece 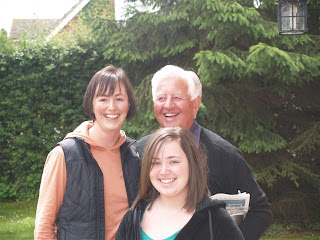 Caroline in her Sari with Morgen, one of Joel's friends 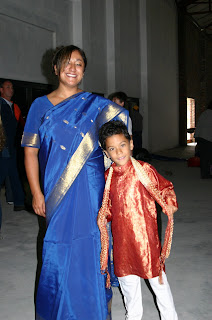 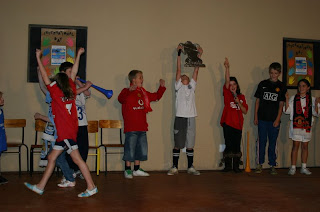 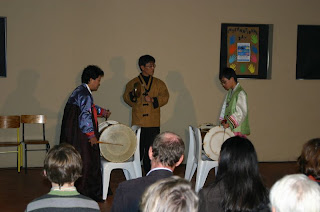 Eli sleeping through the cultural presentations 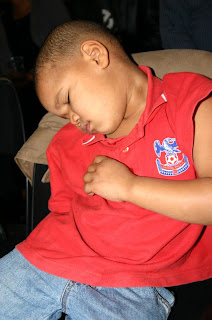 The boys with their Ben 10 T'shirts 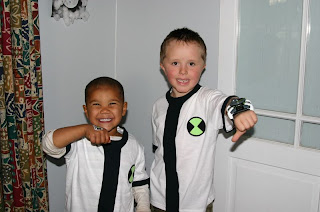 Eli jumping off the climbing frame at school 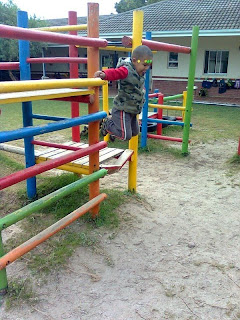 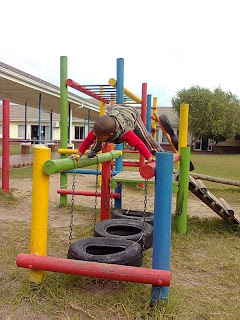 My boys resplendent in their Palace shirts 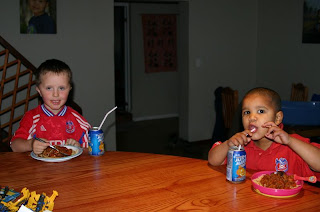 The new Palace shirt for the 09/10 season which I think looks really cool! 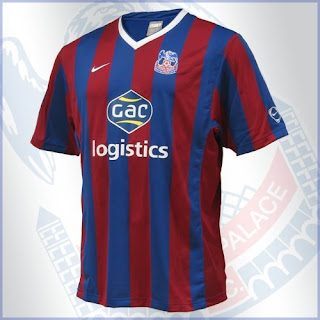