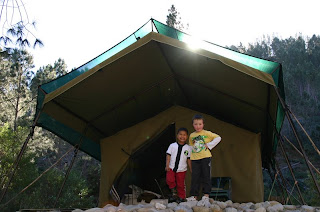 We've just had a wonderfully relaxing couple of nights away at Buttonquail Nature Reserve about 30 minutes from home. This was the prize dean won in the parents bike race at the boy's school recently. We knew Buttonquail was remote but weren't prepared for just how remote! As we began the descent into the valley we realised that simply popping back into town was not a realistic option so we felt forced to stay put. Shame! Amazingly in this modern age the reserve has no electricity other than a bit of solar generated stuff for night lights and there was no cell phone reception. Fantastic!!!!!!

Joel & Eli loved every minute of it as it was a very safe place for them to be (as long as they stayed away from the river, which they did). Joel had a few plans of his own, hte main one being that he wanted to tell some ghost stories around the boma once it had gone dark. He told two great stories followed by Eli telling a non-scary story. We were also able to do some satelite spotting and saw two very clearly.

On Saturday we spent the whole day sat around the boma keeping the fire burning. We suspect that they've never used as much wood before in a single 24hour stretch. Dean really enjoyed teaching his boys about fire and hopefully instilling a healthy respect for it. Paula enjoyed much coffee and reading her book.

Put your hands up! 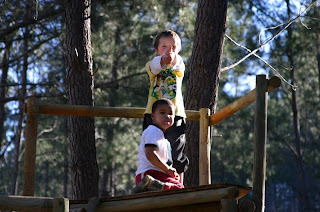 Breakfast at the boma 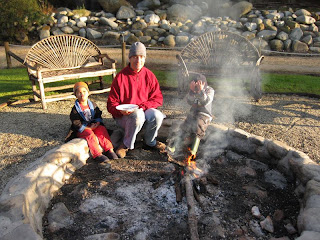 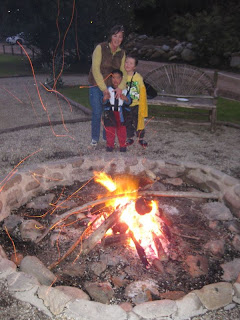 The night sky as seen with no light pollution. Taken with a 30 sec exposure. Can you spot the Southern Cross? 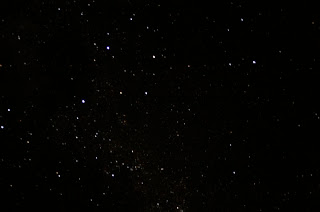