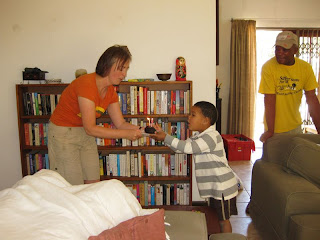 Eli had a great day celebrating his 4th birthday. He was delighted with his presents (he didn't seem to notice the absentees due to the late post) especially his chainsaw & safety goggles. The goggles were later put to good use as he was tearing around the garden on his bike looking very pleased with himself.

Daddy & Eli had a little chat over lunchtime about where Eli would like to go for his birthday tea, not where Joel had told Eli he would like to go, so Eli chose Col'Cacchio which also pleased Mum & Dad!

At one point during the day Eli was looking really sad so Mummy asked him what was wrong and with a forlorn look on his face he asked her: "Where's my birthday cake?" Shame! He had his cake back at his party but Mummy felt so bad that she got some chocolate cupcakes and put candles in them for him to blow out whilst we all sang to him. Thankfully this cheered him up no end.

Michael joined us for part of the day and it's always a pleasure to have our dear friend with us. Over the last week or so he's been a huge blessing to us helping moving boxes and furniture. Today he washed my bakkie just because he wanted to. What a legend! Please pray for Michael as he's really struggling with his wife, Joyce. She's not a Christian but is a very heavy drinker and this causes Michael a lot of problems and more than a little embarrassment in the community. Pray for grace as he manages Joyce's erratic behaviours and pray that she might have a life changing encounter with Jesus. 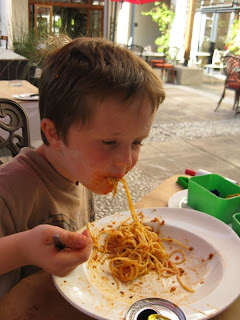 Eli enjoying some spaghetti with his parmesan 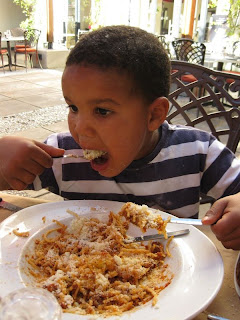 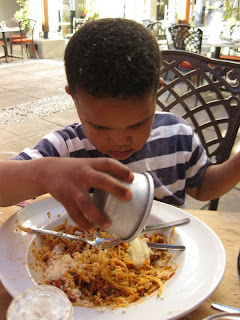 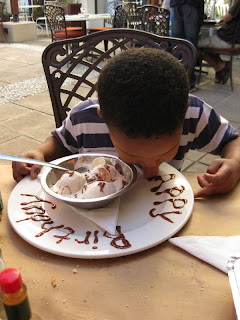 Exhausted at the end of a great day 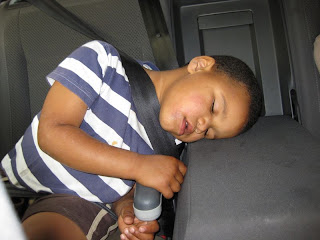 Michael joined us for part of the day and very kindly washed my bakkie. What a star! 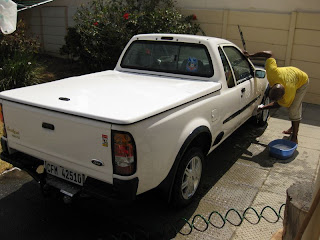