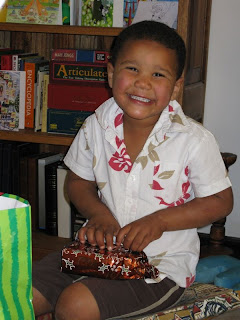 We both come from very different backgrounds in which Christmas was perceived very differently. Whilst Paula's family always made it a big occasion and had a sense of the real meaning behind the festival, Dean grew up expecting little of it as he knew it wasn't really worth getting excited about. He certainly had no real understanding of the festival and when it came to presents he never expected much as he knew he wouldn't get much.

This really changed for Dean after becoming a Christian and joining Paula's family. So for the last 20+ years Christmas has been a special and meaningful time in which we like to keep Jesus' birthday central to the whole occasion.

The day started with a small stocking for each of the boys which they were busy opening at 4am! Eventually after much nagging we got up at 7am and allowed them one present each before church. We went to One Place which is a combined meeting of five local churches. To be honest we were disappointed and had it not been for Gary Welsh giving a very good 10 minute talk we would have come away very frustrated by it.

Thankfully things picked up when we got home as the boys opened the last few presents from family and were delighted with what they got. Although Eli remains far more interested in the puppy than his presents!

Since being out of the UK we've missed the big family Christmas dinners cooked so wonderfully by Paula's mum and then by Lisa so we like to make as much of the occasion for ourselves as possible. We've tended to have our Christmas dinner in the evening after the boys are in bed (and the temp' has dropped) but this year we let Joel join us for the first time and it was a really special meal for it! Our only sadness about the meal was that the sprouts had been frozen and definitely lost a lot of their taste, so much so that none of us could eat them!

Our biggest joy this year had to be the fact that Joel gets the meaning of Christmas and knows it's Jesus' birthday. Praise God!

Joel was thrilled with his Star Wars Lego! At one point Joel was heard saying; "If Jesus had a light saber he'd be Obi Wan Kenobi" 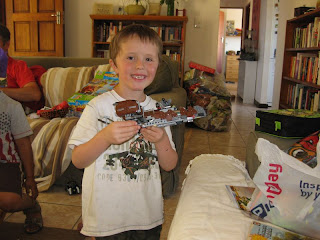 Joel joined us for Christmas dinner for the first time 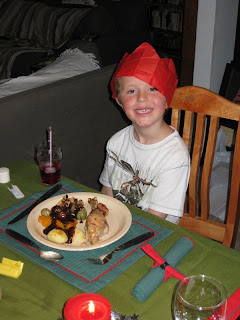 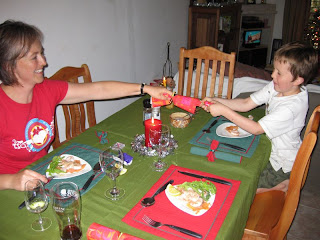