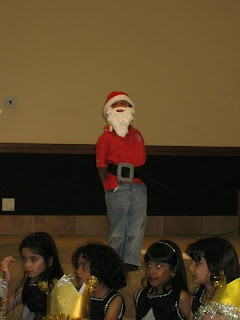 This year we were really pleased that the boys' school decided to put on a proper Nativity after avoiding it for a couple of years. Sadly they felt the need to send permission slips out to ensure that no-one was forced to take part that might not want to. We don't recall them doing that for Diwali.

Joel was really pleased to be a king with Calvin & Jason whilst Eli was one of Santa's little helpers (not sure where that fits with the Nativity) and showed no sense of being intimidated by the stage or audience. If anything, he played up to the crowd!

The production was great and really well done and as to be expected the evening was not without a few priceless comedy moments. The best being the miraculous birth of a white Jesus to a black Mary, truly a miracle!


Joel was proud to be a king 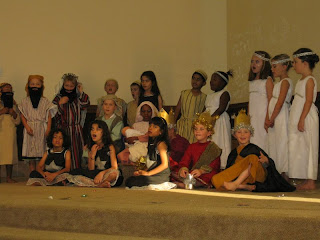