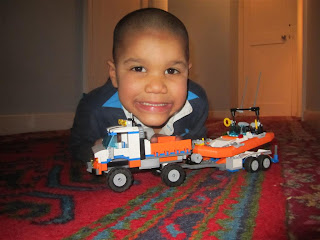 Eli had a day of two halves as he celebrated his 5th birthday today.

The first half of the day was at Grandad's where the family made a fuss of him with some great presents.

The second half of the day was spent back  in Wimbledon (after the now regular trudge along the M25) where he finally got to play with his toys.

The day was then topped off with a lovely family meal at an Italian taverna in Wimbledon where genuine Italian gelato was the winner! 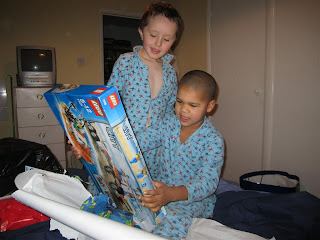 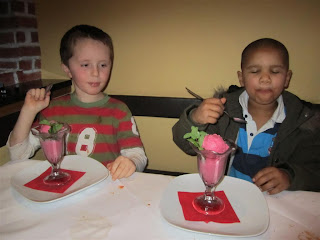