B Is For Bible 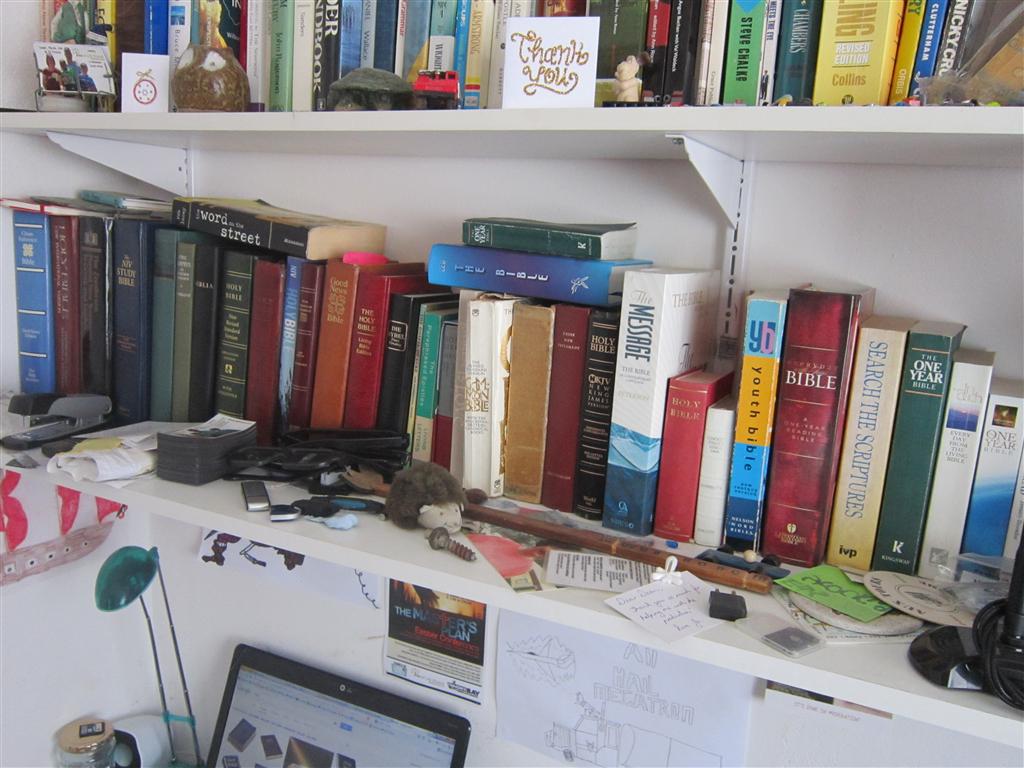 I have to be honest and say I love this book!

The bible underpins our faith and is the building block for church life at Tree of Life.

This is our personal collection of bibles (there are a few missing scattered around the house and car) in the office just above my desk. We have goodness knows how many versions in at least 6 languages. Some are used a lot more than others, though increasingly I use e-Sword which is a brilliant bit of bible study software!

To the neo-atheists who dismiss the bible as nothing more than a fairy tale I have to say you need to get on and read it. It's anything but a fairy tale.

Also, if it were simply a fairy tale then it's highly unlikely that it would still be circulating and in print a few thousand years later. And let's not forget the central character has gone further in shaping our culture in the modern world than anyone else in all of human history!

As for the contradictions in the bible, anyone playing bible bingo will find a heap of contradictions. Bible bingo is a game played by atheists and others who like to take two random, out of context verses, normally one from the Old Testament and one from the New and use them to contradict or disprove the other.

Personally I've never found any contradictions despite having read the whole thing several times but I'm always open to being shown any providing they're in context.