E Is For Ecumenical 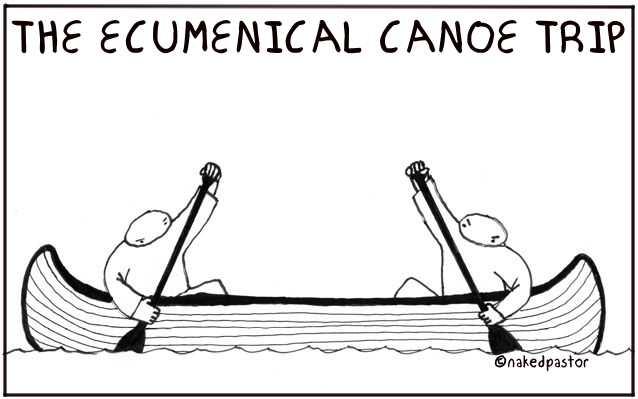 In 1998 we were in Tanzania and the expectation was that we would go to the church in the village which was overseen by an American mission organisation. In fact we ended up going to the Catholic seminary 20k's down the road. These guys radically changed my views on Catholics (it's a whole other story).

By the time we went to Zimbabwe in 2000 we'd been with a predominantly Anglican mission society for a year and the expectation on arrival was that we would join one of the large Anglican churches in Harare. We plumped instead for River Of Life, a non-denominational church and loved it.

We remained with the organisation for 12 years and in all that time we never worshipped where they or most folk would have expected us to.

I guess this all serves to underpin the fact that we're quite ecumenical in our approach to our faith and church and have no problem with knocking around with fellow Christians from other traditions and denominations. In fact, I believe it helps us all to be more open minded and accepting of each other and helps to do away with the divisions which so easily divide us.

It also makes me a little proud to be associated with Christians Abroad becasue it also means we're a part of Churches Together in Britain & Ireland (CTBI) which is fantastic!

After all, when Jesus presents his bride to the Father he won't be presenting his Anglican bride, his Methodist bride or his Catholic bride but the one bride; the local church.

Labels: a to z challenge, church