H Is For History 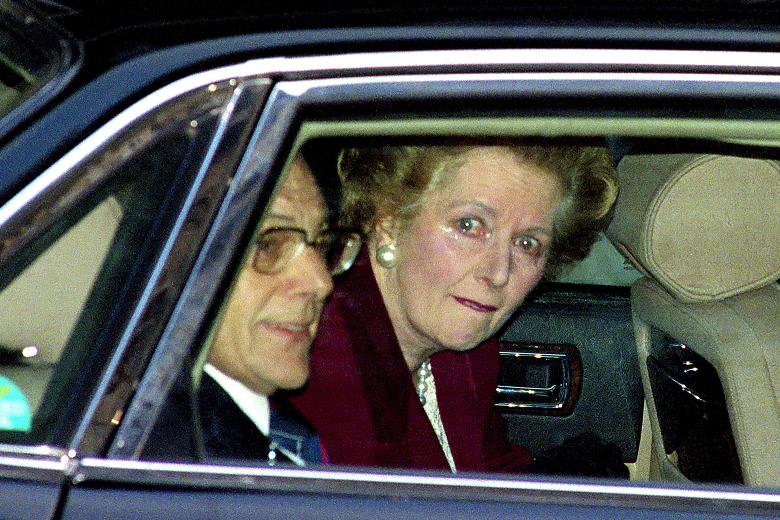 I'm taking a break from my theme to look at a hot news topic.

I'm not going to rejoice or gloat in her death (I've probably already said too much on Facebook and will no doubt get into trouble for this post) but neither will I mourn her passing. She was a deeply divisive politician and depending on your political persuasion she's either the saviour of the UK or the devil incarnate.

Here are three of my clearest memories of her:
My first encounter with her policies was as Thatcher Milk Snatcher when she was the Education Secretary in 1971, though our school milk didn't stop until '76. I was 10 and had no real understanding of the who, why or what, all I knew was that loved the free milk at school and was sad when it stopped.

Secondly, I remember getting carried away by the wave of jingoism that occurred at the time of the Falklands War and the sinking of the General Belgrano. Britain was awash with union flags and bunting, those truly were heady days. It was only later in life that I learned the true facts behind the case of the Belgrano. 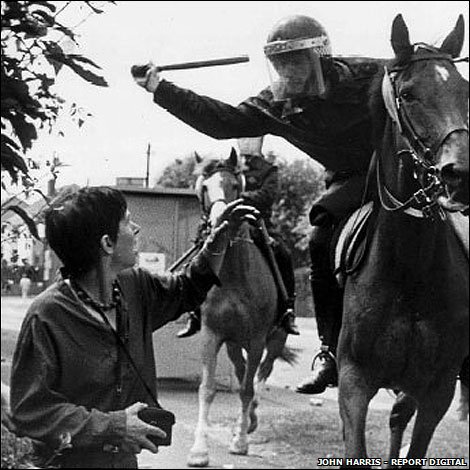 However, my clearest memory is her battle with the coal miners in 1984-5. As a young man I thought she had won a great victory. The media portrayed her as a master tactician and villified the miners so those of us in Conservative heartlands like Sevenoaks in Kent were on her side. I clearly remember the story about the miners throwing some concrete off a bridge killing a taxi driver. This story was played over and over as it served to show how spineless and bad the miners were. Oh how I loved Maggie!

Then in 1989 I moved to Sheffield and was quickly disabused of my views. I went to college in Sheffield in 1992 and then on to university where I met many former miners each of whom had horriffic stories to tell of police brutality during the miners' strike. Read some stories here. The woman in this photo is Lesley Boulton, read her story here.

I'm not going to say too much more, but I remember clearly working in Denaby Main, Barnsley & Rotherham, three places in South Yorkshire hit hard by the strike and subsequent mine closures. Life was tough for the people living there but scant regard was given to them by the Thatcher government. In Sheffield they still believe to this day that Thatcher and her policies caused more damage to the Don Valley than the Luftwaffe in WWII.

I can't ever remember a news story that divided pubic opinion quite like this. It's a measure of just how divisive she was that there are very few fence sitters when it comes to her. Thatcher's supporters and admirers believe certain things about her, those on the other side believe a whole other story. Nick Robinson the BBC political editor summed it up well saying Thatcher had been a controversial politician who inspired "passion" among both her critics and supporters.