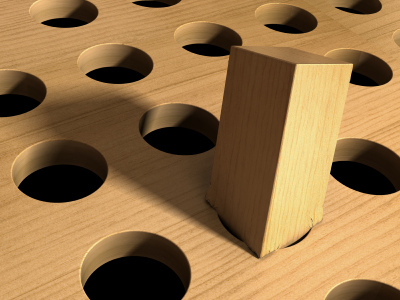 Having written a reflection post about our recent trip to Blighty I felt challenged to write a more truthful one. Not that I was lying in the previous post, far from it, but there was more going on than I wrote about and it's pretty important stuff.

We were both asked quite early on about what was different with this trip than previous trips back to the UK. This seemed to be born out of the fact that many folk commented on how happy and relaxed we appeared. Initially we had no answer other than the fact that we are very happy and relaxed because we know we're where God wants us to be and doing what he called us to do. Add into that the fact that the material we were presenting was of a much higher quality than we've previously put together, thanks mainly to the amazing folk of Tree of Life and it was clear this trip was different.

However, as I spent some time reflecting on the question it came to me that there were actually some very significant differences.

The main thing that struck me was that on previous trips we've always been square pegs in round holes.

What I mean by this is that we've always been in a position where the church we're serving hasn't really known how to embrace our ministry or just hasn't wanted to because it's all too confrontational. I was once told by a church leader that no-one wants smelly poor people in church! Alternatively the church has embraced our ministry but then set me in a straight-jacket and prevented me from really growing the ministry. And invariably there's been "trouble at' mill" and it's not always been a recipe for success.

There's also been another side to being square pegs in round holes and that has to do with having been part of a mission society that didn't really get what we were doing. Sadly our relationship with the organisation had become increasingly combative over the years and wasn't the blessing it should have been. We were always made to feel that we should be grateful for being with them rather than getting a sense of them serving and equipping us in our ministry.

So on our previous trips we've either been leaving a battle or arriving in Blighty for a battle and more latterly we seemed to be doing both.

Something had to give and in 2011 it certainly did, I'm not going to unpack all that happened in our annus horribilis, but let's just say it was a truly difficult year!

Thankfully God always has a plan and after a year spent seeking His will for us we ended up leading the church plant out of Love & Grace in Mitchell's Plain into Macassar with Tree of Life being born in January 2012.

So what was different in this trip back to Blighty?

For the first time in 15 years of serving in overseas mission we were square pegs in square holes.

We were sent by Tree of Life believing that God was going to do some great things during our time in Blighty and we can certainly testify to that. We also went knowing that we had not only the support of Tree of Life but the support of our sister churches too.  Add into that the fact that we're with an organisation that recently asked us "How can we better serve you?" and you begin to realise just how different this trip really was. So for the first time we arrived in the UK knowing that there was 'no trouble at' mill' and that we weren't flying into trouble with an organisation looking for a fight. What a pleasure this trip was.