Delia I Am Not! 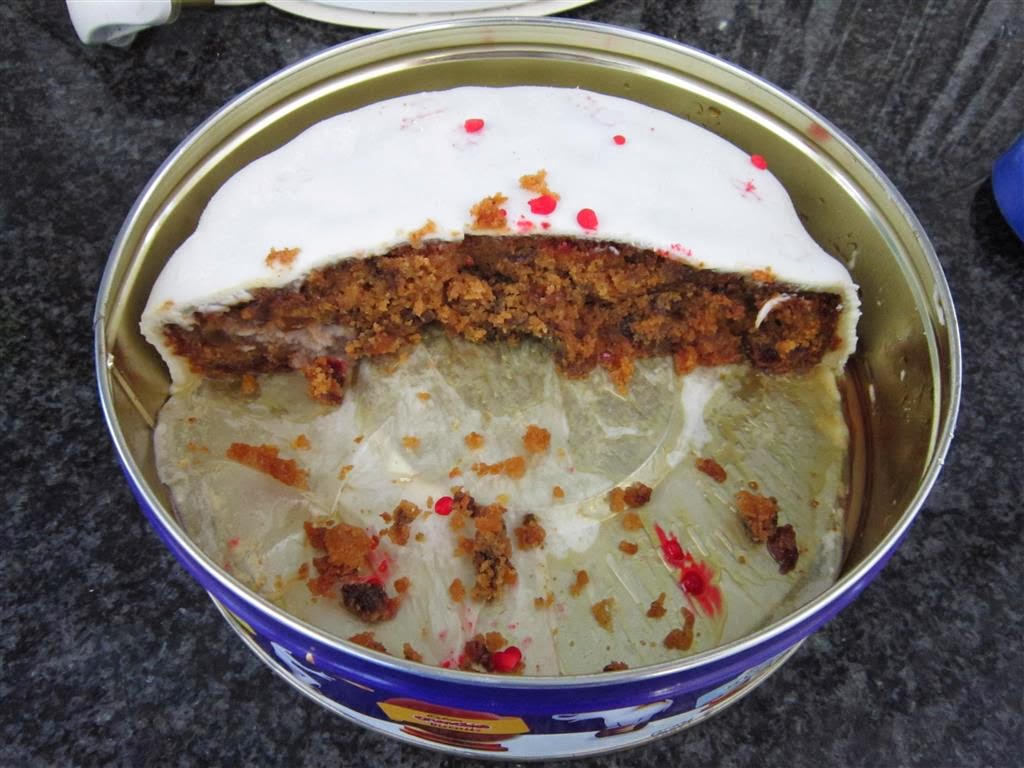 Having read my mate Hazel's Christmas 2013 blog post I was inspired and encouraged to confess to my own shortcomings in the Christmas cake department.

Like Hazel I made two cakes, one came out very well (see left) and once it was iced etc. it went down a storm.


Sadly that's not the whole story though...

My second cake turned out to have a few flaws, not least of which was its height. Just as Hazel struggled to find any real help for real world problems so I failed to find any advice or warnings about the best height for a Christmas cake. In fairness I was limited by the available cake tins, we only have two. No worries, I pressed on.

Once baked, both cakes looked and smelt great. The extra brandy may have played a part in this. So having left it all a bit too late, I set about icing the cakes on Christmas eve. Yes there's plenty of trolls internet advice about this being way too late! The first cake went well. The marzipan was a dream and the icing followed nicely.

Sadly cake two was not quite so good. The marzipan started slipping down almost immediately and once the icing was added they seemed to collude in their southward drift. To add insult to injury the apricot jam and the egg white used for gluing the constituent parts together decided to join the southward drift. Nice!

The southward drift in all its glory! 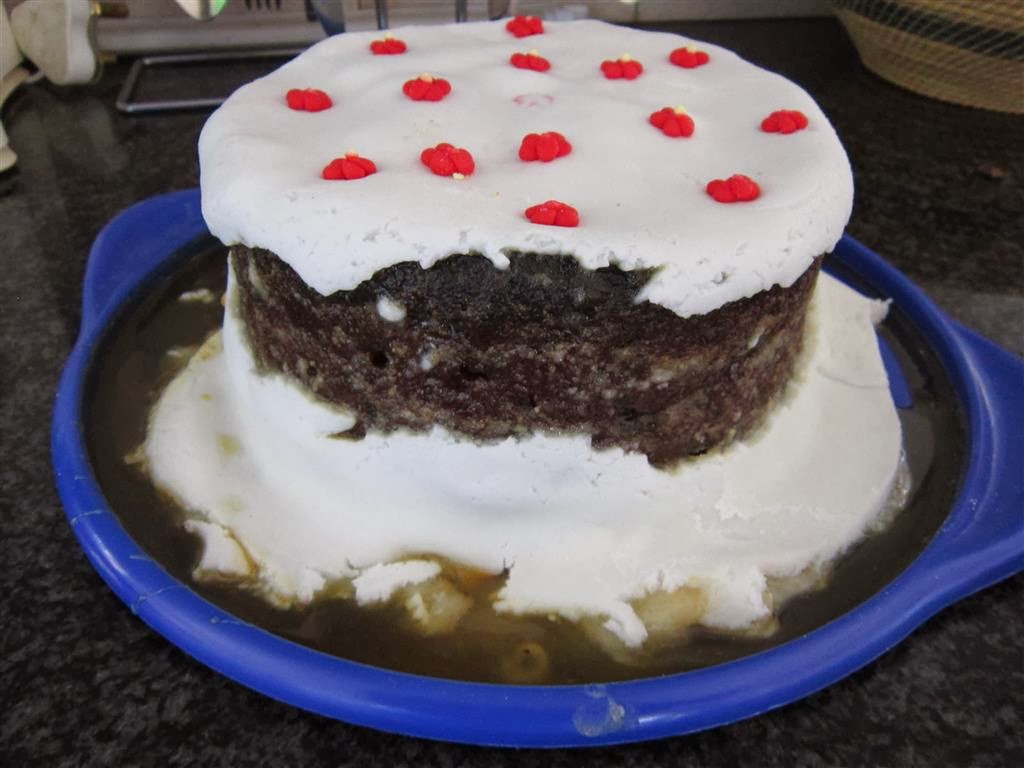 Still, the boys seem to be enjoying it.