The Best Start Ever... 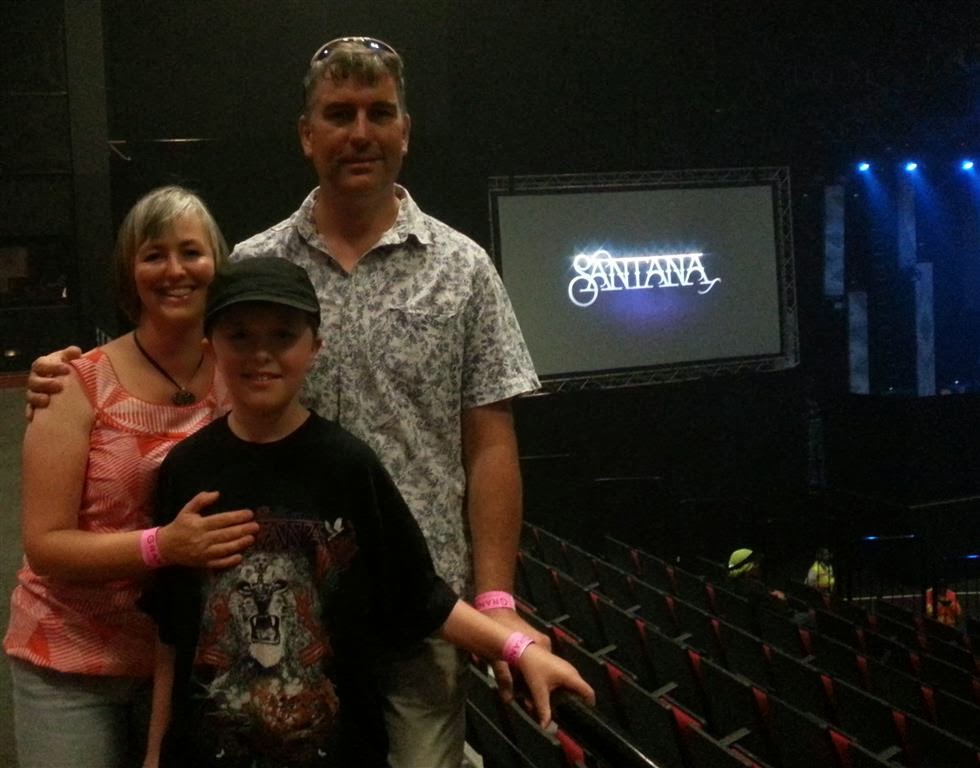 2014 has been the best start to a year that I can ever remember.

That's not to say it's been perfect or without it's issues and problems, there have been plenty of those. No, it's been the best start ever because when I step back and look at the bigger picture so many amazing and wonderful things have happened that I feel incredibly blessed.

This is also part of the reason why the blog has been so quiet through January & February. It's not that there wasn't anything happening but rather, I just didn't know how to write about it all. However, I've had some inspiration now, so you can decide whether or not it's divine inspiration.

There have been a few stand out events that on the surface of it might look like the highlights so far. Two of these have to be taking Joel to see Bruce Springsteen live and another would most definitely be seeing Santana live just a few nights ago.

However, there has been so much more than that going on. 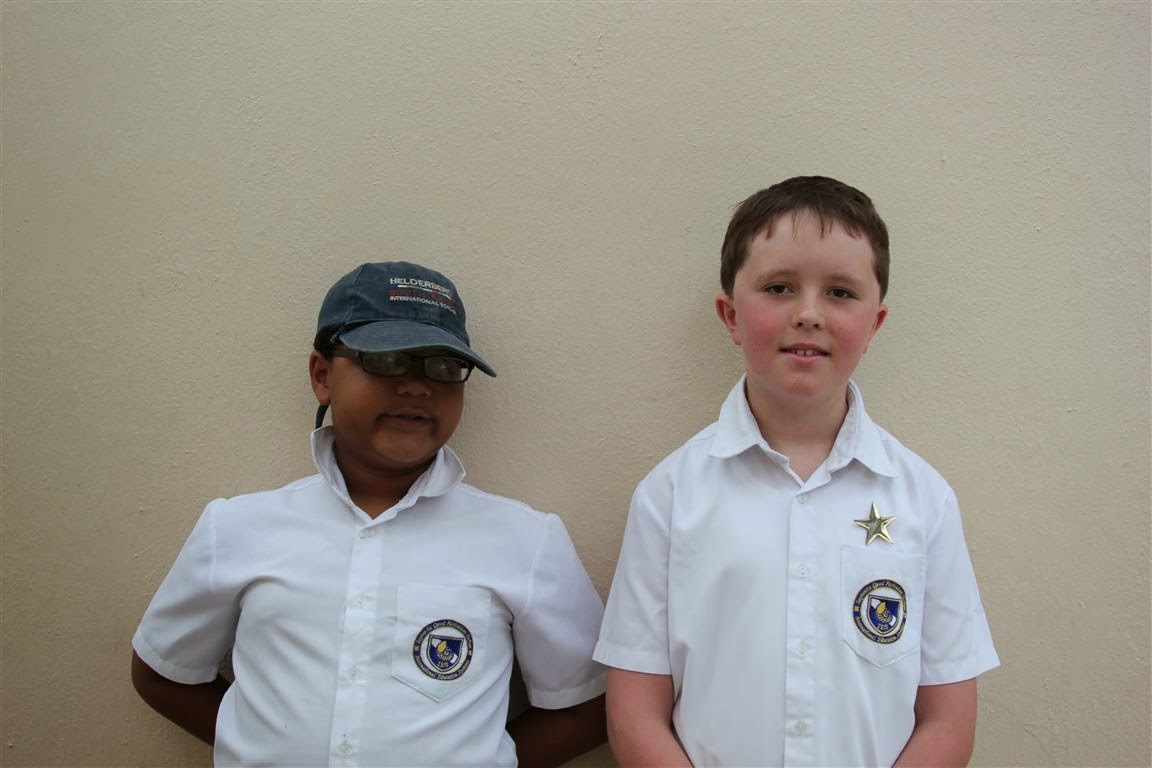 Firstly, the boys returned to school with a bang and Joel especially picked up where he left off last year and is having an exceptional year. We're grateful for a quality teacher who seems to love him and it's great to see his self-esteem being lifted.

Eli gave up the drums having spent all of the Summer holiday saying he wanted to learn the piano and he's doing great at it. He never once came home after a drum lesson and practised whereas we can't keep him off the keyboard which is great.

Tree of Life continues to be a massive joy and blessing to lead with a great team and a truly special membership! The leadership was rocked quite significantly at the beginning of the year but we focussed on God and pulled together and now we're stronger than ever. I really feel like I'm living the dream after so many years of being held back and frustrated by leaders who really shouldn't have been leading. To see the growth in our members and to see how God is working in their lives has to be one of the most humbling privileges on the planet! To do it here in Cape Town where the sun shines everyday just puts the cherry on top. 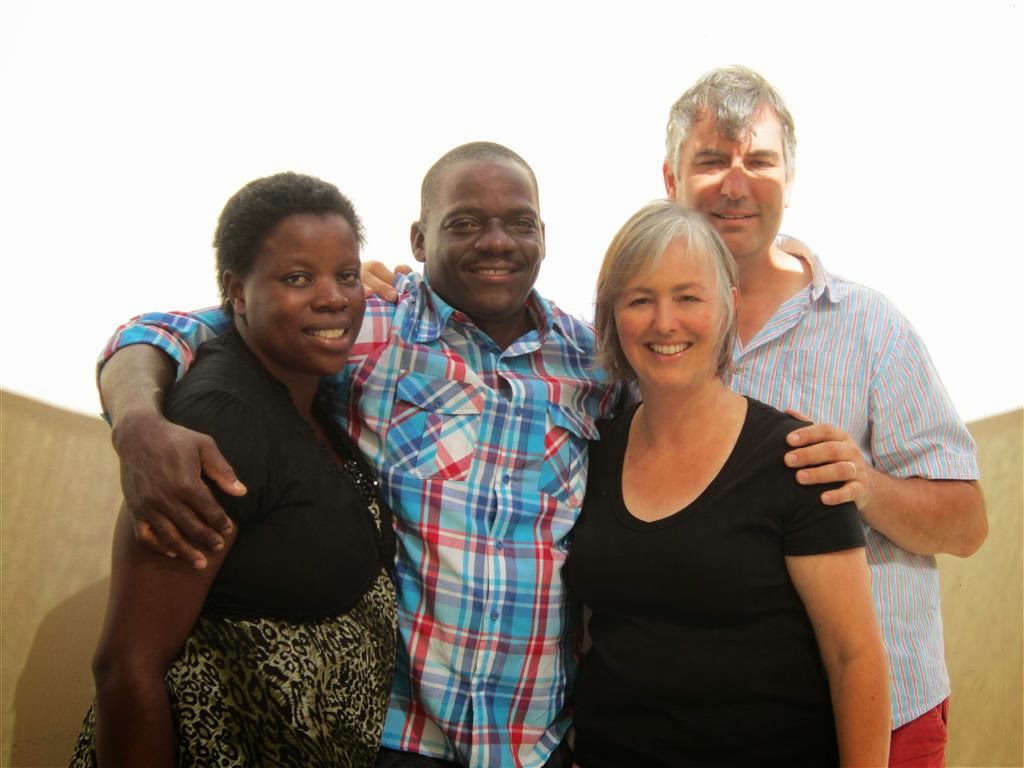 Our greatest joy so far this year has been meeting up with our dear friend Ziggy and his fiancé Mercy. We worked with Ziggy in 2000 at the Just Children Foundation in Zimbabwe and we grew really close. Sadly after our untimely exit we lost touch, but thanks to Facebook we reconnected and then discovered that we were living a mere 20km's apart. Wow! We've had the privilege of reconnecting with Ziggy and getting to know Mercy and now they're about to join Tree of  Life.  We're believing for great things as we embark on new adventures together for the Kingdom. 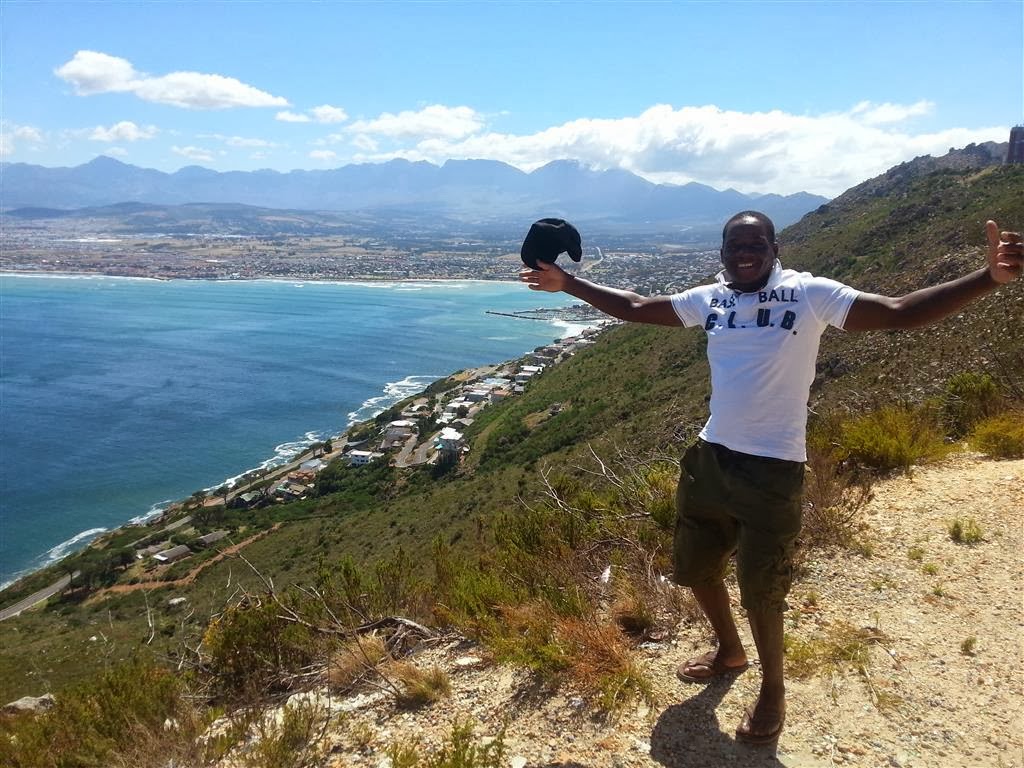 I've had the pleasure of spending some time with Ziggy, catching up and reminiscing about Zim and lost friends. We've had a few meals together and Ziggy played guitar, jammin' good with Joel (do you see what I did there?) so Joel can't wait to see him again. Being in touch with old friends is always a real joy!

I've often wondered about many of our dear friends from Zim and how they're doing. We're in touch with a few through Facebook which is brilliant, but we hope and pray to get in touch with more. It's been such a blessing to share meals again with a dear friend whom we thought we would never get to see again and to now have the privilege of them joining the church is mind blowingly brilliant. Hopefully this will be the first of many 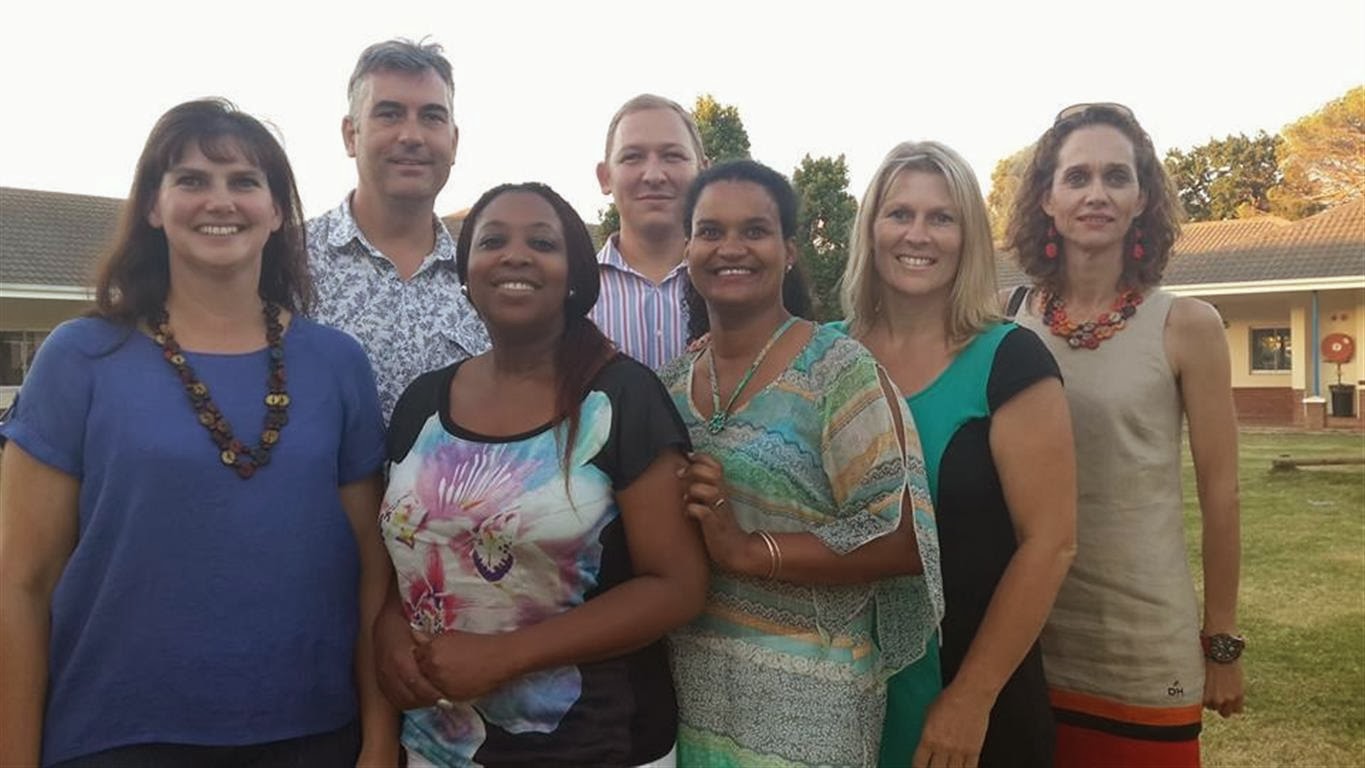 Something that has caused much hilarity at home and amongst some of our friends here, is the fact that I've been elected to chair the school's PA Board. I'm not sure how it happened but I think I may have been stitched up by a previous board member. The PA Board is our school's equivalent of the governors in a British school so it's pretty serious. Not bad for someone who was once a persistent truant!  Our first meeting is on Tuesday the 4th so please pray for me as I step into an unfamiliar role of Chairperson.

So plenty has been going on and I haven't even mentioned the many problems and battles we've faced. But somehow in the light of all the good that God is doing, most of that stuff seems to pale into insignificance.  With 10 months of the year left the really exciting thing is knowing that this is a year of God's favour and He's going to far more than we could ever imagine. Bring it on!


So what else has been going on? 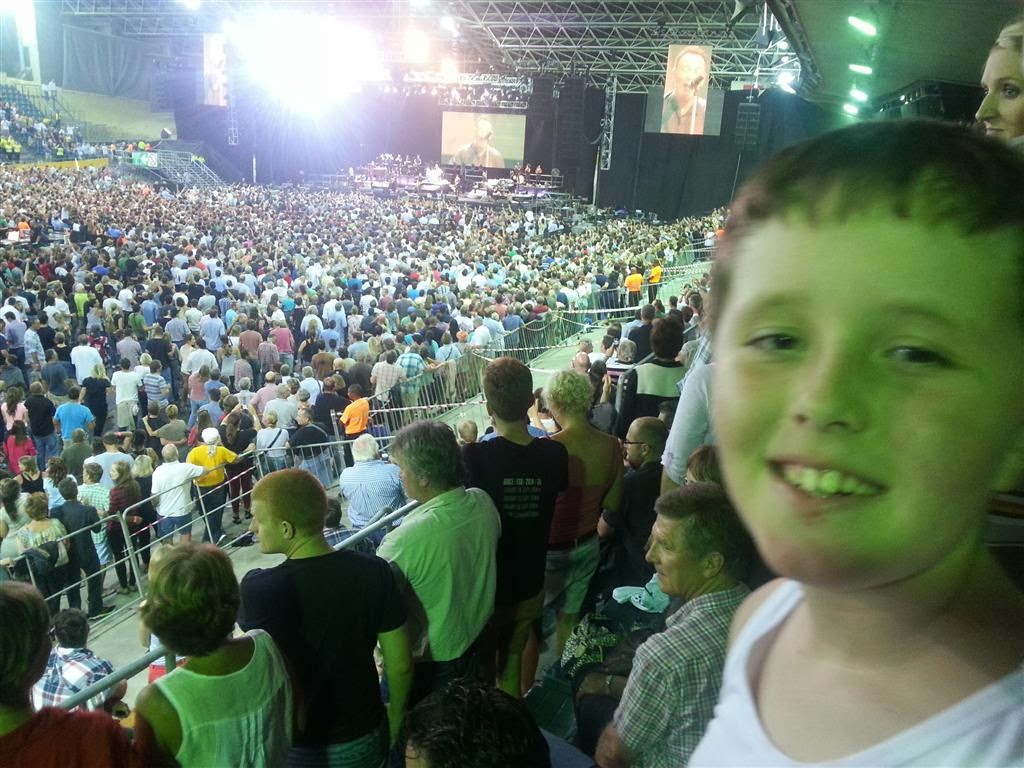 I got to take Joel to see Bruce Springsteen live.  Having come very close to giving the tickets away I have to admit I was blown away by Springsteen's showmanship. The highlights were an amazing guitar solo by Springsteen, I didn't know he could play like that! Also he did a tribute to Pete Seeger who had died the day before, it was very moving. Joel simply loved the whole experience and has decided that one day he's going to be a rock star playing guitar on stage. He makes me very proud! Special thanks go to our dear friends who blessed us with the tickets. You know who you are.

Our garden is maturing nicely and the herb garden is prolific but our granadillas are in a totally different league as they've been going wild. We've had over 300 so far and it's been great to give so many away. Eli's turning into a great helper in the garden and is developing a love for it. 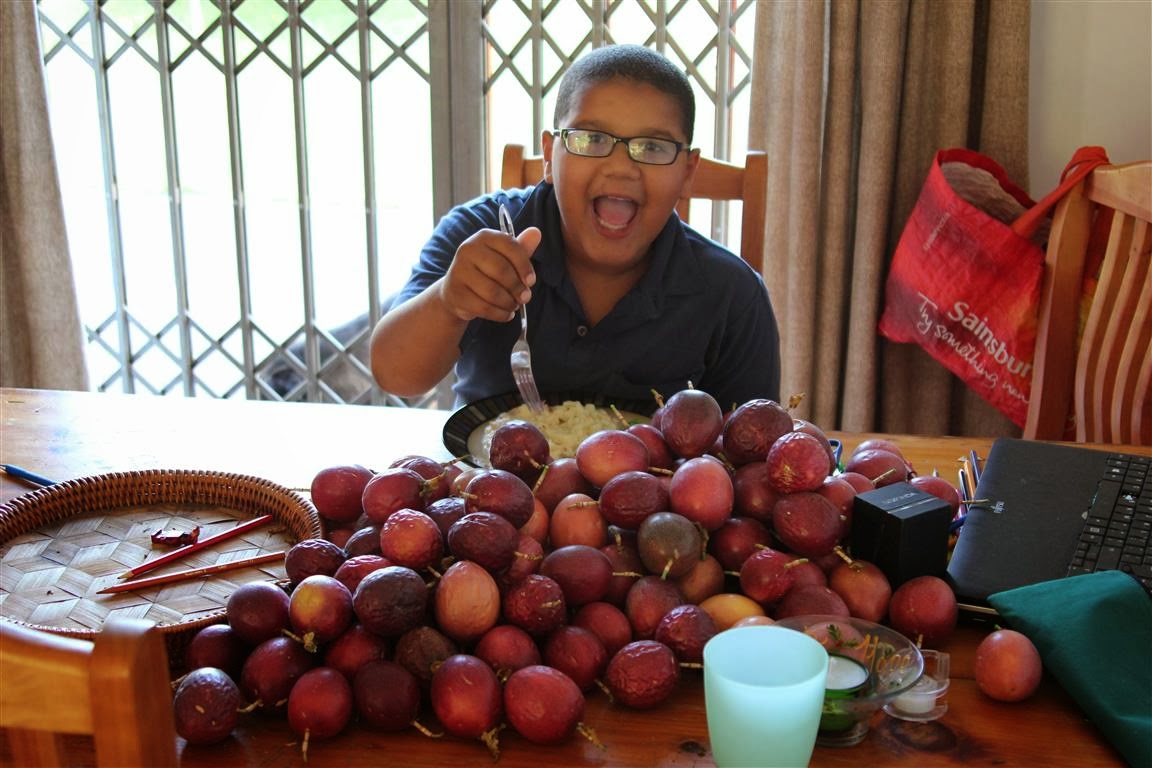 We've been blessed with a heat pump so we're hoping our 'leccy bills will plummet. I've only ever seen these things on Grand Designs and never thought we'd get such a fancy bit of kit, but we're very excited to have it. 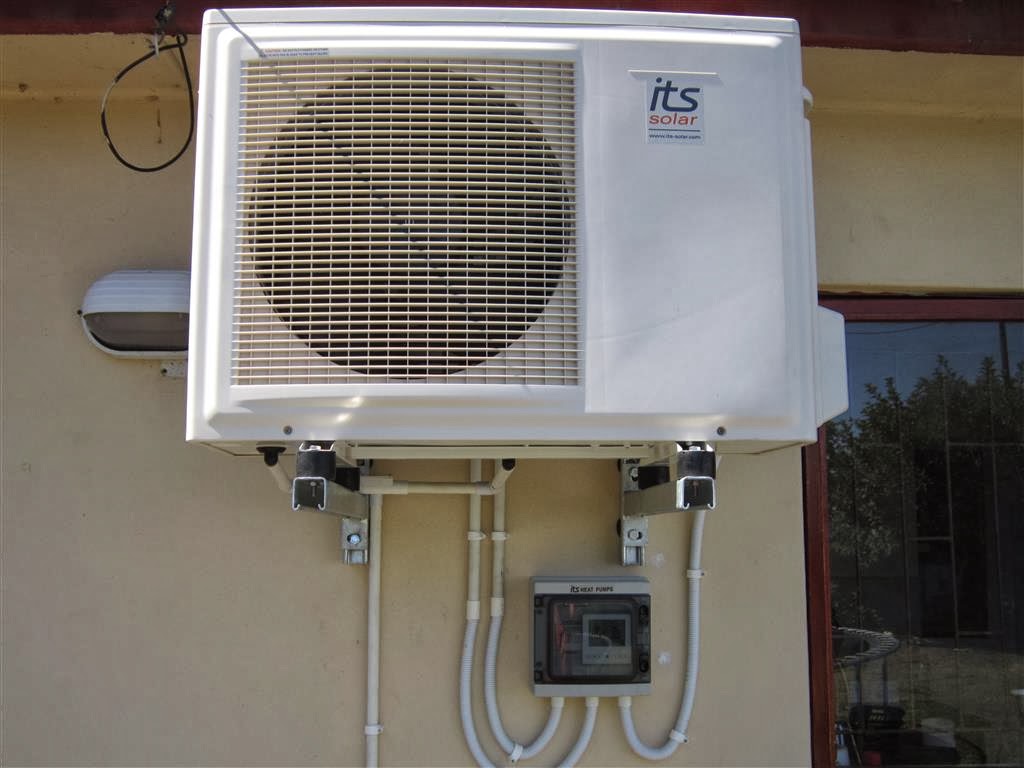 I finally installed an awning over our patio area which has made for a great place to chill on the hot summer evenings. It's securely fastened to the wall via chains and turn-buckles so even in the strongest winds it's quite fine.  having done this one Saturday afternoon I was very pleased with myself. 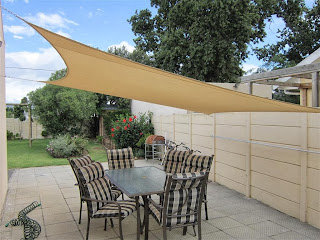