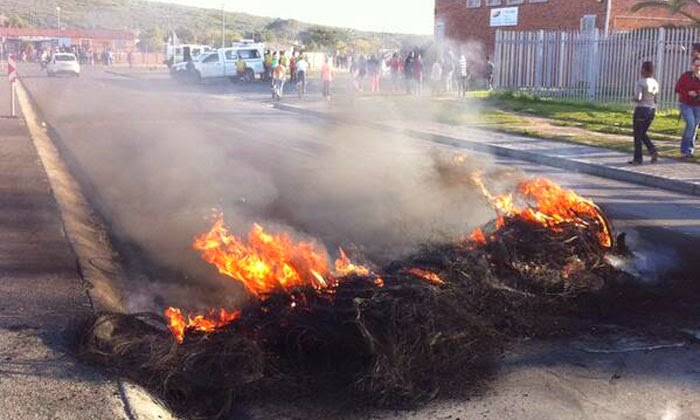 Recently I posted "Love Your Neighbour?" about some evictions in a local township and our attitudes surrounding the whole debacle.

Well for the folks in Macassar the issues just got very real and tensions will only rise in the coming months.

SANRAL (South African National Roads Agency Limited) had obtained a court order to remove squatters from some land in Lwandle but they had no plan in place as to what to do with those displaced by this action. Initially the displaced moved into a community hall and then in a very short sighted move by SANRAL the people were moved to a site in Blackheath which they also owned. This lead to an immediate and angry response from locals there who have also been waiting a long time for housing, so the people were moved back to the community hall where they remain. 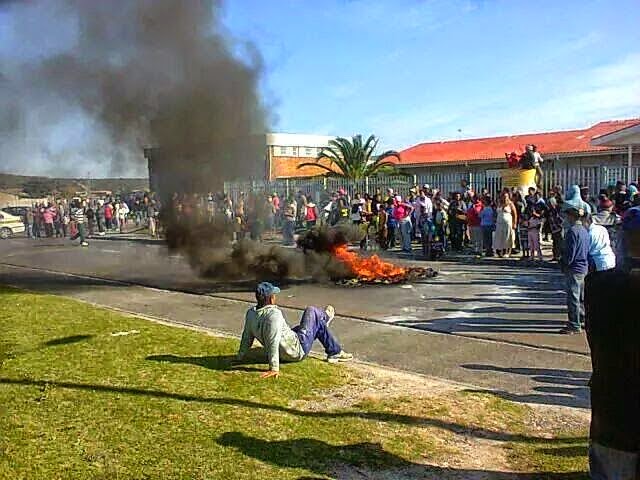 In another spectacularly short-sighted moment it was announced that these displaced people would be moved to land in Macassar later in the year, where they would be provided with accommodation. Needless to say those living in informal dwellings, also known as "back-yard dwellers", were very angry and took to the streets to protest about this. These protests then took on a life of their own as others used them as a vehicle to protest about the lack of service delivery in Macassar.

The cynic in me wonders why the initial evictions didn't take place until after the recent elections but that's just me being cynical. 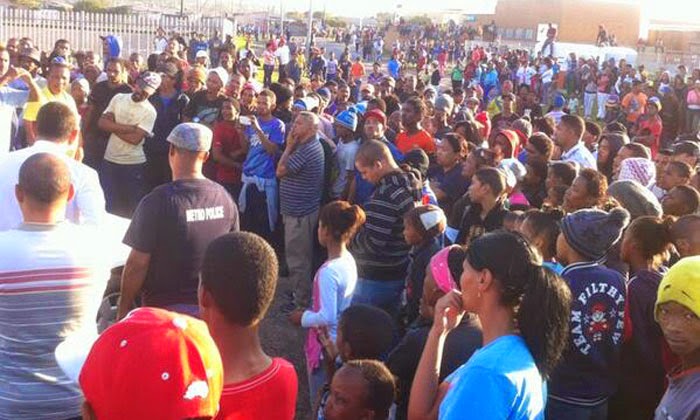 So thanks to some truly naive local politics the usually peaceful community of Macassar was rocked by several days of violent protests in which water cannons were used and rubber bullets were fired.

It is true that there is plenty of land available for accommodation in Macassar but it's also very true that to ignore the very pressing issue of local need is to set the touch paper alight. Sadly the local authorities seem to enjoy setting off the fireworks and then standing back to watch their handi-work.

I don't believe this is a case of Nimby'ism but rather a simple case of folks in Macassar feeling aggrieved because their needs are being overlooked whilst a problem not of their making is being dumped on their doorstep. If the local needs were being met then the evictees from Lwandle would be welcomed in the community but as ever, politicians have their eyes fixed on short term goals rather than the bigger long term picture.

Pleas pray for Macassar in the coming months as the community will be back out on the streets as the planned relocation gets closer. Pray too for Tree of Life Church that we might be the salt and light in the community that is so desperately needed.

The police planning their response, the water cannon is on standby 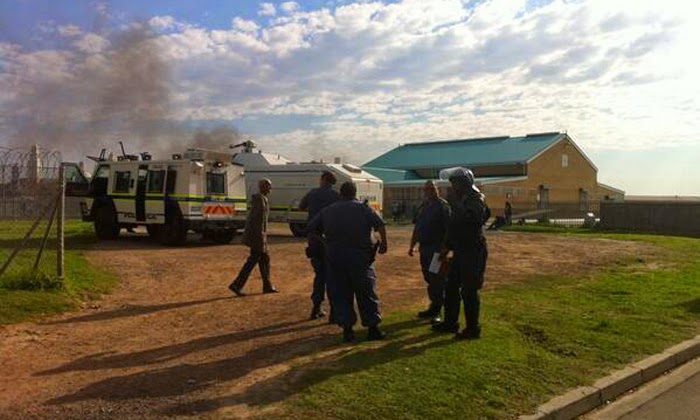 The locals gathering to express their frustrations 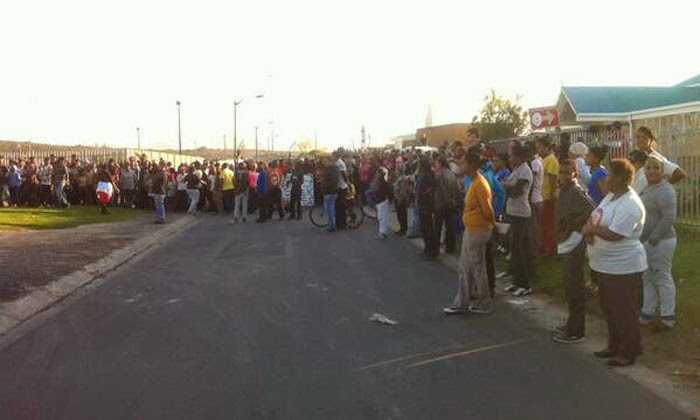