A Day of Privilege 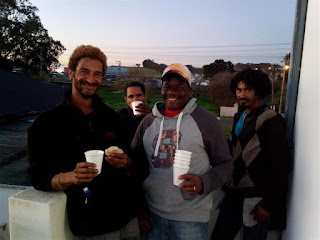 Yesterday was one of those rare days in which one gets to see things that leave one with a real sense of being privileged.

As ever, it's always a joy to be running The Gathering's weekly soup kitchen, especially as we're getting to know some of the regulars and building trust with them. It's a very real privilege to be allowed into these guys lives.

The most amazing privilege for me yesterday was getting to see my real son in Joel, the Joel that no end of school exams and assessments will ever see. 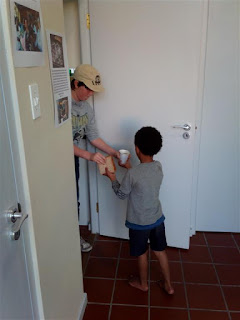 When Joel announced he was going to go to Book Day at school dressed as Gangsta Granny I was unconvinced, feeling certain that the other kids would make fun of him being dressed as a woman, but Joel really didn't care, his mind was set, he was going to do it and I have to say he pulled it off magnificently! Not many kids would have done that and it warmed my heart to see Joel stand firm in who he is and doing what he wants to do.

Then at our soup kitchen Joel was leading the way in giving out the soup and bread. In fact Joel loves being a part of The Gathering's soup kitchen, he gets to do what he loves most whilst also spending a bit of time with me and our good friend Ziggy.

It was in these two acts today that I saw my son as he really is, a strong and courageous individual who refuses to conform to the patterns of this world.

Ziggy chatting with some of the kids that came for soup 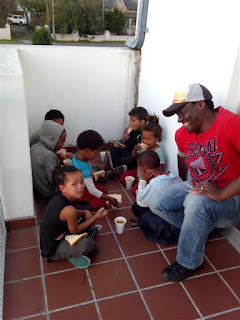 Some of the young people enjoying soup 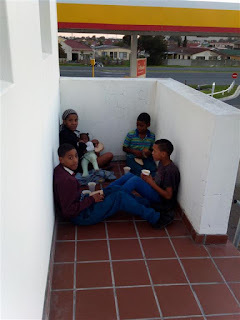 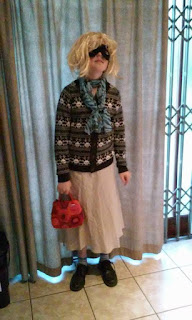 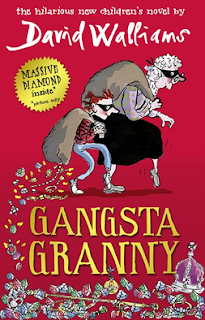