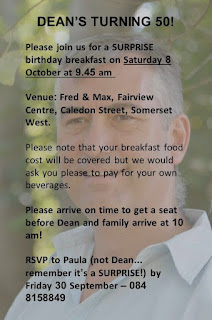 My Saturday began like any other regular Saturday, I'd taken Eli to football practice and after that I was expecting to have a nice quiet breakfast with Paula and my boys.  However, Paula's scheming knows no bounds and I was blissfully unaware of just what she had planned!

As Joel & I arrived at Fred & Max I noticed a lot of cars in the car park but just assumed it was a typically busy Saturday, and there's a gym above the coffee shop so that explained things. However as I approached the venue I saw a few balloons through the window and as I entered I was gobsmacked to see so many people. It took a few moments to realise that they were all there for my 50th!

I didn't think I was that gullible but I guess I'll have to work on paying more attention to what's going on around me!


Joel was in on the plan and even our oldest niece was in on it as she put the invite together for Paula when she was out here recently.

All I can say is a massive thank you to Paula and to all those that were able to be there. I was humbled by so many wanting to be there, sometimes one wonders if that many people like you. I was tremendously blessed by the occasion and by very dear friends making the effort to be there. I love you guys! 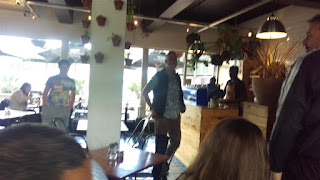 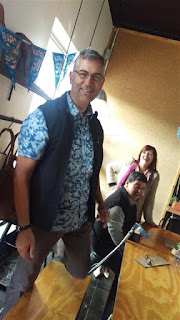 Me and my boys 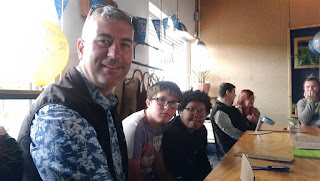 Paula pulled it off superbly! 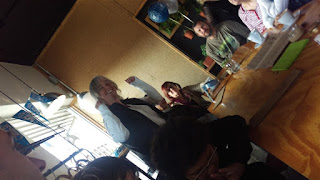 Some of our Gathering family 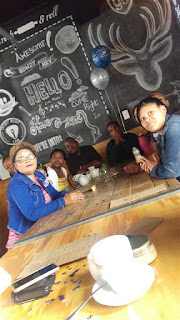 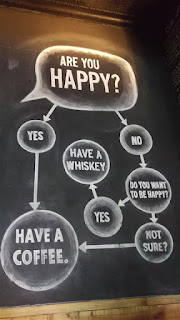 Many interesting conversations were had 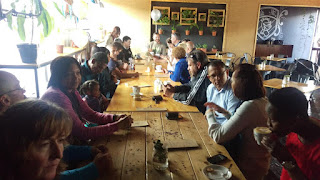 Many new connections were made 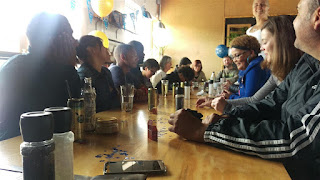 I was humbled by the kind words spoken about me 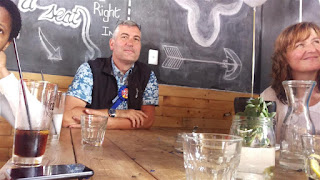 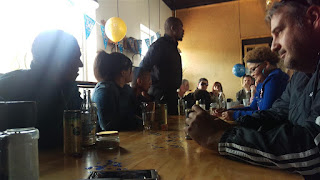 Eli was the candle fundi 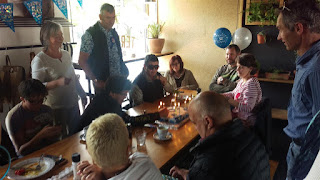 Such a blessed time 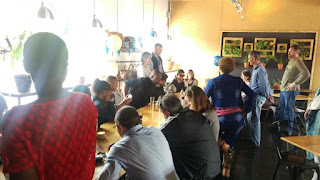 Spitting over the cake Blowing out the candles 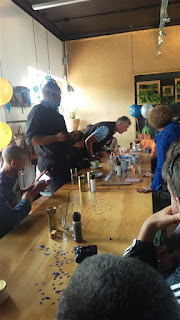 Finally I got a birthday cake. Thank you Karen & Victor! 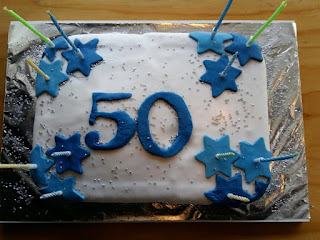