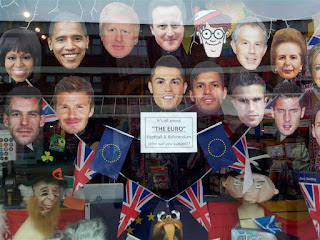 So what has this picture on the right got to do with Trump winning the US presidential race?

Quite simply, the picture on the right reflected the pollsters and moralisers view during the Brexit campaign that it was too tight to call, but the Remain camp would win just as Hillary would last night.

The thing is, as Steve Turner wrote in his poem, we never learn because we don't listen.

This time the shock is in the US, it could have been anywhere, but it's across the pond in the most powerful nation on earth. The pollsters and the moralisers in their ivory towers failed to read the mood of the average Joe on the street. It happened in the UK when a dumb politician decided to hold a popularity contest dressed up as a referendum. What an idiot! Where is he now?!?

So here we are some months on and yet again the mood on the street has been at best misread, and at worst simply ignored, and now the American Dream takes on a hue that the moralisers never thought it could.

So today's lesson for the pollsters, politicians, moralisers et al (which is sure to be ignored and therefore repeated) is: never underestimate the feelings of the man on the street! 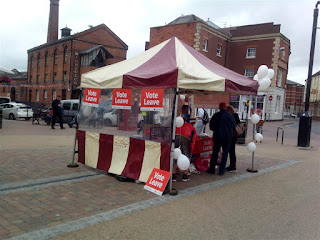 We were only in the UK briefly over the summer and were surprised by the feeling of anger and disconnection amongst folk on the street, and though it was a fleeting visit we were quickly convinced that Leave would win.


Now excuse me while I go and wet myself laughing...